Andra Day stars as the legendary singer in Lee Daniels' The United States vs. Billie Holiday

Andra Day was intimidated by the challenge of embodying one of the most iconic voices in music.

The singer stars as Billie Holiday in the upcoming The United States vs. Billie Holiday, which recounts the way Holiday played a pivotal role in the start of the Civil Rights movement with one of her impactful songs about lynching.

At a 2021 Sundance Film Festival virtual panel hosted by The Hollywood Reporter, Day, 36, opened up about her fears in taking on the iconic singer as her first-ever starring role.

"I didn't anticipate I would go into acting this soon or start with a role like this," she said, via USA Today. "I didn't want to do this when it was first brought to my attention – because I love Billie Holiday ... I was nervous, I was terrified. I said 'no' multiple times."

Day was finally convinced to take on the role in order to shed light on how Holiday's groundbreaking song "Strange Fruit," which compared the bodies of Black men lynched in the American South to fruit hanging from trees, put Holiday in the FBI's crosshairs.

The movie is directed by Lee Daniels, the Oscar-nominated director behind movies like Precious and The Butler. He previously told The Hollywood Reporter that he wanted to highlight Holiday's unknown role in the Civil Rights movement.

The United States vs. Billie Holiday lands on Hulu Feb. 26. 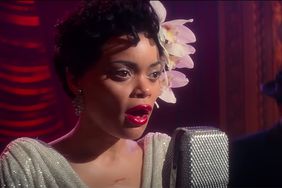 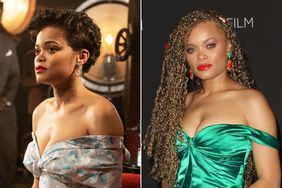