Ana de Armas Shares Photos of Herself in N.Y.C. as Ben Affleck Stays in L.A.

Ana de Armas is taking a break from Los Angeles.

The actress shared a series of photos from Central Park on Wednesday, enjoying the fall weather as she walked her dog. De Armas, 32, wore a white tracksuit as she posed on a walkway in one photo and admiring a large tree in another.

In August, the Knives Out actress was spotted moving her things into Affleck’s Los Angeles home from her Venice, California, residence.

A source told PEOPLE at the time de Armas "had a huge grin and seemed very excited about living with Affleck."

"Ben and Ana really care for each other and they have a good thing going," a friend of the couple told PEOPLE at the time. "She’s aware that his family comes first. And appreciates that. They work very hard at that balance."

Last month, Affleck showed off a clean-shaven face as he appeared in an Omaze video alongside his best friend, Matt Damon.

The two Oscar-winning actors comically teamed up to offer one lucky winner a lunch with the two in Los Angeles. Affleck’s face is a departure from his dark beard which he’s been photographed with while in Los Angeles with de Armas.

The actor can be seen with no beard for the upcoming Zack Snyder's Justice League, which he is reportedly filming reshoots for. Affleck plays Bruce Wayne/Batman in the Warner Bros. franchise. 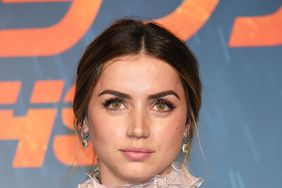 Ana de Armas Says 'It's Been So Hard' to Be Away from Relatives in Cuba While on Lockdown in L.A. 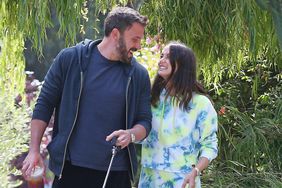