The film, based on the 2018 bestselling novel of the same name, also features actors Gary Oldman, Wyatt Russell and Anthony Mackie

In her latest movie role, Amy Adams is easily alarmed by most things. But, at the center of a murder mystery, her suspicions may prove valid — as long as someone believes her.

On Thursday, 20th Century Fox released the first trailer for The Woman in the Window, a thriller based on the 2018 bestselling novel of the same name by A.J. Finn. With plenty of intense twists and reveals, the first glimpse at the movie promises Gone Girl–level suspense.

As Anna Fox, Adams, 45, steps into a complex role of a reclusive shut-in, struggling with her agoraphobia as she dreads ever stepping outside her multi-level New York City brownstone apartment.

Striking up a peculiar friendship with a neighbor Jane Russell (played by a blonde Julianne Moore), the woman prone to panic attacks soon witnesses what she thinks was Jane’s murder.

Since she often experiences hallucinations due to her medication, Anna’s account of events is dismissed by authorities as those involved in the supposed crime close in their pesky neighbor who can’t let the shocking occurrence go.

Things get even more unusual when Gary Oldman, playing the man thought to be Jane’s husband, introduces a distraught Fox to a completely different woman claiming to be Jane Russell, played by Jennifer Jason Leigh.

“Don’t go looking into other people’s houses — you won’t like what you see,” actress Liza Colón-Zayas says in voiceover in the preview, setting up a voyeuristic tale in the vein of 1954’s Rear Window.

Written for the big screen by playwright Tracy Letts, who also costars in the film, Woman in the Window is one of the leftover 20th Century Fox projects delayed during Disney’s acquisition of the movie-making company in March.

Directed by Joe Wright, it was previously expected to hit theaters in October, before it was announced for a spring 2020 release date.

The film — shaping up to be equally as much a whodunit as a did-it-even-happen — also stars Wyatt Russell, Anthony Mackie, and Brian Tyree Henry as a skeptical detective on the case.

Adams appears to be all-in on yet another dark, layered character study, hot off her stint on HBO’s limited series Sharp Objects.

In the show, the oft-Oscar-nominated actress tackled issues of self-harm and alcohol abuse, a heavy subject matter that weighed on the star. Still, Adams admitted that she can connect to troubled characters.

“I do feel like it’s relatable,” Adams told PEOPLE last summer about her Sharp Objects character. “I think a lot of people have a darker side, a secret side of pain that they don’t feel like they’re able to share with the world.”

WATCH: Will An ‘Enchanted’ Sequel Be Hitting the Theaters?

This project marks the first time Adams and Moore, 59, will share the screen — and back in 2015, Adams told PEOPLE that Moore had left her seriously in awe when they’d first been introduced.

“I met Julianne Moore for the first time,” she said at the time, recalling her last instance of being starstruck. “The Big Lebowski, are you kidding me? So amazing! And Boogie Nights? I could just keep going.”

She added: “I was pretty awestruck to meet her. She’s bold. She’s brave. She goes for it.” 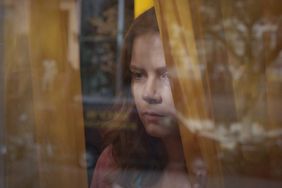 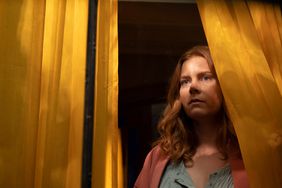 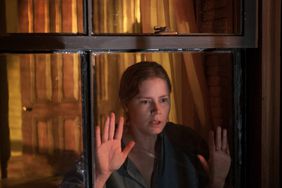 'The Woman in the Window' : Inside the Controversy Surrounding the Book and Its Long Journey to Netflix 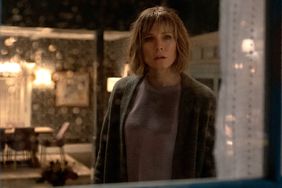 Everything You Need to Know About Kristen Bell's Wild New Netflix Series, 'The Woman in the House' ... 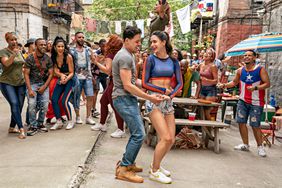 PEOPLE's Summer Movie Preview: 12 Films to Get Excited About as Hollywood Heats Up 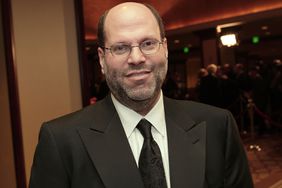