Amber Heard Shuts Down Rumors She's Being Replaced on Aquaman 2: 'I'm Excited to Get Started'

Though the movie has yet to be announced, Amber Heard says she will return as Mera for the future production

Amber Heard isn't ready to leave the ocean just yet.

The actress spoke to Entertainment Weekly to say she'll be returning as the character of Mera in the upcoming Aquaman 2, when it starts production.

"I'm super excited about the amount of fan love and the amount of fan appreciation that Aquaman has acquired and that it has garnered so much excitement for Aquaman and Mera that it means we'll be coming back," Heard told EW. "I'm so excited to film that."

The actress said the movie will start production sometime in 2021, though EW notes the sequel has yet to be greenlit by the studio. EW also reports the cast has not been officially confirmed and no date for the movie has been announced.

Heard, however, is shutting down any rumors that she will be replaced for the anticipated sequel.

The chatter sprung up online once her ex-husband Johnny Depp resigned from his role in the Fantastic Beasts franchise after losing his libel suit against the U.K.'s The Sun.

"Paid rumors and paid campaigns on social media don't dictate [casting decisions] because they have no basis in reality," Heard added to EW. "Only the fans actually made Aquaman and Aquaman 2 happen. I'm excited to get started next year."

In his libel case, Depp argued that the paper had been libelous in calling him a "wife-beater" in reference to his 2016 split from Heard, after which the actress accused him of domestic violence. The presiding judge in the case ruled The Sun's article was "substantially true" last month. Depp maintains his innocence and has indicated he will appeal the ruling.

Fantastic Beasts and Aquaman come from the same studio, Warner Bros., which asked Depp to step away from his role.

Warner Bros. is now reportedly in talks with Mads Mikkelsen to replace Depp. The Pirates of the Caribbean star's lawyers previously described the ruling "as perverse as it is bewildering" and vowed to appeal the decision.

"Most troubling is the Judge’s reliance on the testimony of Amber Heard, and corresponding disregard of the mountain of counter-evidence from police officers, medical practitioners, her own former assistant, other unchallenged witnesses and an array of documentary evidence which completely undermined the allegations, point by point," said attorney Jenny Afia in a written statement.

“All of this was overlooked. The judgment is so flawed that it would be ridiculous for Mr Depp not to appeal this decision. In the meantime, we hope that in contrast to this case, the ongoing libel proceedings in America are equitable, with both parties providing full disclosure rather than one side strategically cherry-picking what evidence can and cannot be relied upon.”

Heard's U.S. counsel Elaine Charlson Bredehoft, said that the court's ruling will now strengthen their determination to fight Depp's $50 million defamation lawsuit against Heard in the US, which was recently delayed to May 3, 2021, by Circuit Chief Judge Bruce White in Fairfax County, Virginia.

“For those of us present for the London High Court trial, this decision and Judgment are not a surprise," said Bredehoft in a written statement.

“Very soon, we will be presenting even more voluminous evidence in the U.S. We are committed to obtaining Justice for Amber Heard in the U.S. Court and defending Ms. Heard's Right to Free Speech.” 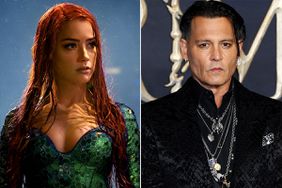 Johnny Depp Tried to Have Amber Heard Replaced on Aquaman After They Split: Report