Amanda Seyfried just had the most relatable Zoom moment.

The Mank actress, 35, made a virtual appearance on The Tonight Show Starring Jimmy Fallon Friday evening, but she didn't get very far into the interview before there were a series of loud knocks on her door.

"That was an intense knock," a startled Seyfried told host Jimmy Fallon, before motioning some people through the door.

"Sorry, I'm in a temporary home. Our dryer is broken," she explained as the maintenance crew walked past her camera.

"But also did you hear that knock? It was so aggressive," she replied.

The pair then moved on with the interview and Fallon asked how Seyfried felt about the recent Golden Globe Awards being virtual amid the COVID-19 pandemic, to which she said being at home for the ceremony was "preferable."

"I could do without the red carpet hoopla because it ends up being a cluster eff," said Seyfried, who was nominated for her first Golden Globe this year for her performance in Mank. "and as fun as it seems and as glamorous as it seems it's really awkward."

"You're being thrown and forced everywhere," she added of red carpets.

This year, the mom of two was able to enjoy the annual awards show with her children, a 5-month-old son and daughter Nina, who turns 4 later this month.

"I had my kids on the floor in front of me, comfortably, while I was sitting there watching the Globes," she said. "And I could do things at commercial breaks. It was great."

Seyfried stars as the legendary Marion Davies in Mank, which follows the story of screenwriter Herman J. Mankiewicz (Gary Oldman) as he is enlisted by Orson Welles (Tom Burke) to write the script for Citizen Kane in the 1930s.

"It was so fun to feel transported every day," the star told Fallon of filming the movie. "And then walk past the monitor and see it all in black and white." 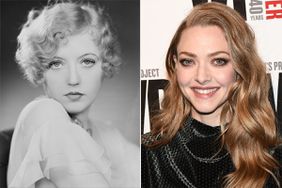 Gary Oldman on Getting Sober and Playing an Alcoholic in 'Mank' : 'I Used to Sweat Vodka' 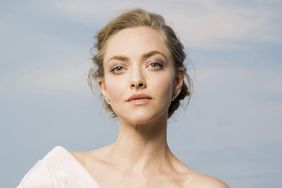