Amanda Bynes is not pregnant, her lawyer tells PEOPLE.

Almost two months after Bynes shared a now-deleted ultrasound photo on her Instagram account, her lawyer David Esquibias says the actress is not expecting a baby with her partner Paul Michael. (Us Weekly was first to speak to her lawyer.)

In mid-March, Michael, 28, also shared a now-deleted slideshow of photos on Instagram which included a selfie of himself and Bynes, 34, as well as an ultrasound photo with Bynes’ name on it.

“Baby in the making,” Michael captioned the post. At the time, a source confirmed to PEOPLE Bynes was pregnant.

While Michael deleted the ultrasound photo, he still has photographs of their engagement rings on his Instagram account. Michael’s post came just days after Bynes and Michael called off their engagement.

Hours after Bynes and Michael's respective pregnancy announcements, Esquibias released a statement to PEOPLE asking for privacy on behalf of the former actress as she sought "treatment for ongoing mental health issues."

A source close to Bynes also confirmed to PEOPLE at the time that Bynes had left her sober living facility to check into a treatment center for continuing care of mental health issues.

Esquibias adds that Bynes is currently "sheltering at a safe environment" amid the coronavirus pandemic and has not moved back into a sober living facility.

On March 1, Bynes celebrated a year and two months of sobriety, sharing a pair of photos with two unidentified men on Instagram.

The What A Girl Wants star sought help in January 2019 after months of struggles that followed her decision to step back into the public eye.

While details about her relationship to Michael remain sparse, a source close to the actress previously confirmed to PEOPLE that the pair met at the end of 2019.

The two got engaged on Valentine’s Day this year before PEOPLE confirmed the two had split just three weeks later.

They reunited in early March when Bynes shared a selfie of herself and Michael on March 9, captioning it, "My love 🖤."

Amanda Bynes' Fiancé Paul Supports Her After She Spent Two Months in Treatment: 'Love My Girl' 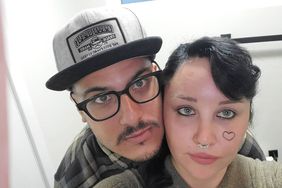 Amanda Bynes Shares Photo with Ex-Fiancé Paul Michael After News of Their Split: 'My Love'