brightcove.createExperiences(); George and Amal Clooney are sharing the emotional true stories of Syrian refugees, heard firsthand during a meeting with those displaced by the ongoing crisis in Berlin on Feb. 12.

Sitting down with a group of refugees and their families – including Steve Jundi, a former professional Syrian basketball player, and Mona Zeadan, a single mom of three – the couple learned what the crisis looks like from those affected, and reflected on how America can help.

“[Our country] is a country of immigrants. We have not recently done a very good job of remembering who we are, and being here and talking with you is important to remind them of who we are, and who we have always been – which is you,” George told the group in a new video, released on Tuesday to coincide with the five-year anniversary of the Syrian Civil War.

The Clooneys used the gathering, organized by the International Rescue Committee, to listen and learn, with Amal also sharing her family’s own experience as refugees.

“My own family is from Lebanon and they also ran away from a war, and were lucky enough to be accepted by a European country in 1982 while the violence there was really bad,” the human rights lawyer, 38, explained. “I hope that, as you say, you will be able to go back to a safe and free Syria.”

Jundi was arrested and tortured for being active in the Syrian political opposition and eventually fled to Germany nine months ago. Another couple, Mahmoud and Muna, fled Aleppo with their three sons after their apartment was hit by a grenade, according to the IRC.

“The bombardment was beyond comprehension and there was shooting between the two sides,” shared one refugee. “I sat in the corner and I got ready to die … My children were shaking. I hugged them and told them I didn’t want them to die scared like that.”

VIDEO: George Clooney Admits That he ‘Should Pay More Attention’ to Diversity in His Films

“You forget that these aren’t just people that have left their country for no reason. These are people who have left because of incredible tragedy … and their worlds were destroyed and blown up,” George, 54, told IRC President and CEO, David Miliband.

“It’s too much to talk about giant numbers,” he continued. “It’s actually easy to dismiss giant numbers. But it’s very hard to dismiss a young child, sitting on the ground, crying when her mother is telling the story about how she left. How she grabbed her daughter and sat on the ground and said ‘If I die, we wanna die by a bullet, because it would be quicker.’ ”

The actor and director added, “We – as a what we’d like to think of as a civilized world and nation, always look around at the end of these tragedies and say, ‘If we know, we would have done something,’ and the reality is of course, we know.”

During the February Germany trip, George and Amal also met with Chancellor Angela Merkel alongside Miliband to discuss the crisis.

“We … talked about the responsibilities of all states, not just European states but states around the world to deal with what is a global problem, not just a Syrian problem or a German issue,” Miliband told the Associated Press at the time. 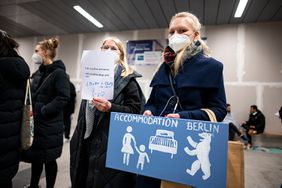 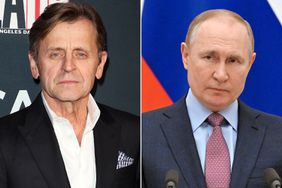 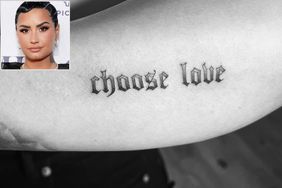 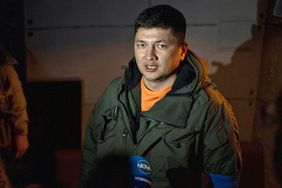 Governor of Ukrainian City Shares Footage of Attack That Destroyed His Office: 'I Got Lucky' 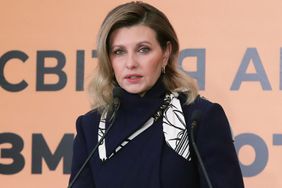 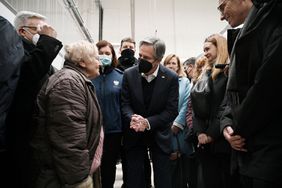 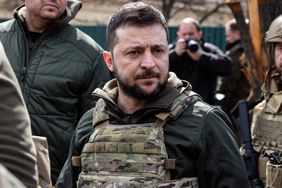 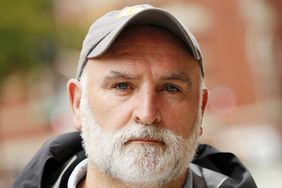