Alison Brie and Dave Franco Are Engaged! And PEOPLE Has All the Details about Her Dazzling Ring

Dave Franco and Alison Brie are tying the knot!

Franco and the 32-year-old Mad Men star are now engaged after more than three years of dating.

The news was first reported by E! Online, and a rep for Brie confirmed the engagement to PEOPLE.

On Monday night, Brie sported her (sizeable) engagement ring at a screening of her new movie Sleeping With Other People.

PEOPLE has also exclusively confirmed that Brie’s sparkler is the work of Southern California jewelry designer Irene Neuwirth. It’s a one-of-a-kind rose gold ring set with a rose-cut diamond and a diamond pave.

Dave’s brother James later took to Instagram to congratulate the happy couple, posting a sweet photo of the two, along with the caption “Congrats Davy and Allison!!! engaged!!! I WUUUUUV YOU.”

In the film, slated for a Sept. 11 release, Brie plays Lainey, a serial cheater who tries to maintain a platonic relationship with her womanizing friend Jake, played by Jason Sudeikis.

It seems Brie has no commitment issues off of the big screen, though. She and Franco, 30, have reportedly been dating since early 2012, although they have generally kept their relationship private. 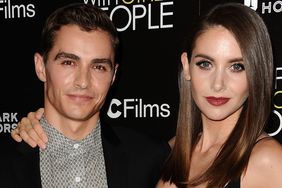 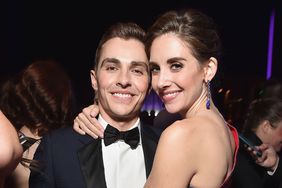 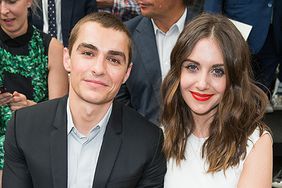