Al Matthews, the actor who portrayed Sergeant Apone in Aliens, was found dead in his home in Spain. He was 75.

Al Matthews, the actor who portrayed Sergeant Apone in Aliens, was found dead in his home in Spain. He was 75.

The actor and Vietnam War veteran was found by a neighbor in his bedroom on Saturday at about 10 p.m., according to Spanish newswire EFE. Details about his death were not immediately available Monday. He lived in the Spanish Mediterranean province of Alicante.

He was born in Brooklyn, New York, on Nov. 21, 1942. Matthews was based in the United Kingdom and retired to Spain in 2005, according to El Pais. His film roles extended to Superman III, The Fifth Element and Tomorrow Never Dies.

The actor began his career by singing alongside New York street-corner groups but took a break to join the U.S. Marine Corps. He served in the Vietnam War and earned 13 combat awards and decorations — including two Purple Hearts, according to his Facebook page.

In the 1970s, Matthews moved to Europe where he would begin a career in radio and television in France. In 1975, he released his first hit single “Fool,” which was a top ten hit in over 15 European countries, his page states.

He is perhaps best known for his portrayal of Sgt. Apone, and returned to the character in 2013 to voice him for the video game Aliens: Colonial Marines.

In the film, Matthews’ Apone wakes up the crew of the USS Sulaco from their deep sleep and shouts instructions to his crew.

“All right, sweethearts, what are you waiting for? Breakfast in bed? Another glorious day in the Corps. A day in the Marine Corps is like a day on the farm. Every meal’s a banquet. Every paycheck a fortune. Every formation a parade. I LOVE the Corps!” Apone said.

In 2006, Matthews said in an interview it took James Cameron (the director of the film) “30 seconds” to hire him.

“I was the only person in the movie not pretending to be a Marine, in fact I taught the other actors how to look and act,” he said. “Mr. Cameron was pleased with my input, in fact he said to me, he had no idea I was that good, had he known, my part would have been bigger.” 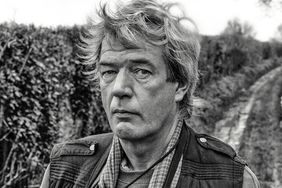 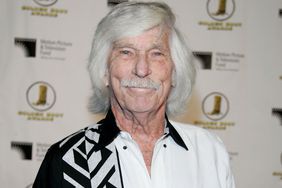