The fatal shooting on the set of Alec Baldwin's film Rust has seen the overnight launch of a petition calling on the actor to use his "power and influence" to stop Hollywood productions from using real guns on sets.

The Change.org petition comes after Baldwin, 63, accidentally shot off a gun that killed the movie's cinematographer Halyna Hutchins and injured director Joel Souza. Baldwin is one of the producers of the movie. Souza has since been released from the hospital.

The petition was created by Bandar Albuliwi, a director who graduated from the American Film Institute Conservatory, where Hutchins also graduated, and who knew her well.

"Halyna was a talented cinematographer and a good friend whose life was taken tragically due to a real firearm being used on set," Albuliwi said. "We need to make sure this never happens again. There is no excuse for something like this to happen in the 21st century. Real guns are no longer needed on film production sets. Change needs to happen before additional talented lives are lost."

The petition has been signed by 2,300 out of the requested 2,500 at the time of publishing.

Albuliwi commemorated Hutchins in the petition, writing, "On October 21st, 2021 we lost an unbelievably talented cinematographer on the film set of RUST, due to a "real gun" being used and discharged during production. I am in shock and numb to my core."

"A "prop gun" loaded with "blanks" was discharged during the filming of a scene, which tragically caused the death of Director of Photography Halyna Hutchins, and wounding Director Joel Souza. Halyna graduated from the AFI Conservatory in 2015 with a MFA in Cinematography. I graduated in 2010 with a MFA in Directing. Like everyone in the "AFI Family", we all knew one another. It's a very small community of filmmakers, trying their hardest get their "big break" in the film industry after graduation," Albuliwi continued. "Halyna was named as an ASC "Rising Star Cinematographer" in 2019, and was finally entering the Hollywood film industry after hustling and shooting amazing content for half a decade."

"We need to make sure this never happens again," he wrote. "There is no excuse for something like this to happen in the 21st century. Real guns are no longer needed on film production sets. This isn't the early 90's when Brandon Lee was killed in the same manner. Change needs to happen before additional talented lives are lost."

He added, "Please sign this petition and demand for Alec Baldwin to use his power and influence in the Hollywood film industry to make change. Tell him to promote "Halyna's Law", which will ban the use of real firearms on set."

On Friday, Christian Kelly-Sordelet, who works as a professional fight director, stunt coordinator and action designer for Broadway, movie and TV productions, told PEOPLE that working gun and live ammunition "should never be anywhere close together on a set."

"It's very surprising —shocking— that it happened because these days there's so many precautions that get taken," he said. "You should never even have live ammunition on set in the same vicinity as these props. That's a problem because that means that you're open for that accident to happen."

Kelly-Sordelet said while a fatal accidental shooting is "abnormal," on-set accidents are not.

"These types of things happen all the time, it's just not always a loaded gun on set. Sometimes it's something else that's also a really easily avoided accident that happens in some other way that doesn't get as much attention," he said.

"I hope that people will see this and it'll help to wake people up a little bit more in terms of proper safety precautions on set," he continued. "Because when we're going and creating art like this, nobody should be worried about if their mom's going to come home that night." 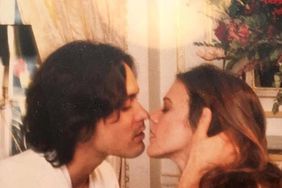