Adrien Brody and Georgina Chapman were first linked in fall 2019, two years after her split from ex-husband Harvey Weinstein

Adrien Brody and Georgina Chapman took their love to France!

The couple stepped out at the Cannes Film Festival for the premiere of Brody's latest movie, The French Dispatch. It marks the second time the 48-year-old actor has stepped out publicly out with the 45-year-old fashion designer after PEOPLE confirmed their relationship in February 2020.

The duo coordinated in black outfits, with Brody's tuxedo matching Chapman's pink-accented sheer black gown. They were seen smiling and sharing a kiss as they walked the famous red carpet on Monday.

Brody and Chapman first made their red carpet debut at the Tribeca Film Festival premiere of the crime thriller Clean in New York City in June.

Back in February 2020, PEOPLE confirmed that Brody and the Marchesa co-founder were dating after the two were first linked in fall 2019 by various reports.

A month after Brody and Chapman were first linked, a film industry source told PEOPLE the couple had been dating "for a while."

Chapman and Brody have "many of the same interests," the film source explained at the time. "She thinks he's unusual and interesting."

The same source continued, "She finds [him] to be an interesting person with a deep passion for his work that is similar to hers."

Her relationship with Brody also "diverts her attention from the pain of her situation and subsequent split," added the film source.

The relationship marks Chapman's first since splitting from ex-husband Harvey Weinstein in 2017 after he was accused of sexual assault by multiple women, including prominent actresses. The former couple share two kids. 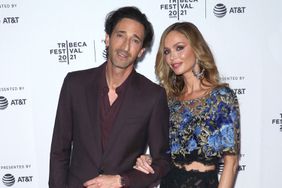 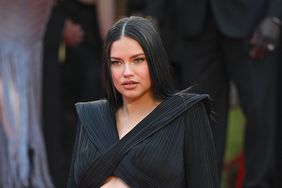