"I'll always have a bit of Olive in me, but I want to try new things" Abigail Breslin said about her childhood performance in 2006's Little Miss Sunshine

Abigail Breslin knows some people still see her as her iconic character in the 2006 film Little Miss Sunshine.

While promoting her new drama Stillwater, in which she stars opposite Matt Damon as an American student in France who is accused of murdering her ex-girlfriend, the 25-year-old actress told the U.K.'s iNews that getting auditions for age-appropriate roles can be tough.

Breslin scored an Academy Award nomination for Best Supporting Actress for her work in Little Miss Sunshine as Olive, a girl with big dreams whose quirky family embarks on a cross-county road trip so she can compete in a beauty pageant.

"I would never want to distance myself from it," Breslin added of her star-making role. "It opened so many doors for me and gave me so many opportunities and is the reason why I'm where I'm at today."

"I don't want to disrespect it," she continued. "It's sweet in a way because I think people felt so emotionally attached to that role and to that film. They want me to be Olive. I understand that. I'll always have a bit of Olive in me, but I want to try new things."

Breslin also had memorable roles as a child in films like Signs (at age 5), No Reservations, Nim's Island and Kitt Kittredge: An America Girl. She went on to star in Zombieland and its sequel, My Sister's Keeper, as well as August: Osage County and TV's Scream Queens.

Reflecting on Little Miss Sunshine 15 years later, Breslin recently told Yahoo! Entertainment, "It was such an incredible film to be a part of, and I don't think anyone expected it to become as successful as it was. It was obviously a film that gave me a lot of opportunities and opened a lot of doors for me, so it's crazy to think it's already been 15 years, but I have amazing memories from that whole experience."

Stillwater is now playing in theaters. 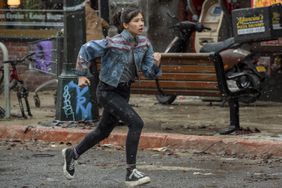 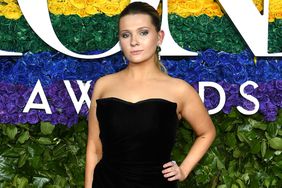 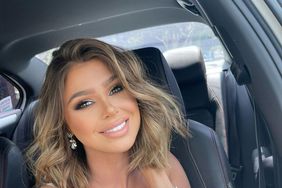 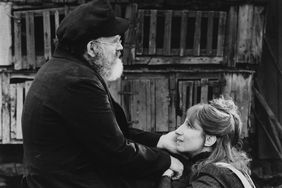