How Your Smartphone Can Ruin Your Relationship

If you’re prioritizing your cell phone over your partner, your relationship may be in jeopardy. Here's how to break the habit - and reconnect with each other

Riley Morris, 22, a blogger in Wichita, Kansas, and her husband recently went to couples counseling. The issue that drove them there? Their cell phones.

"When we were together or sitting alongside our son, we both found ourselves drifting towards our phones," Morris explains. "It ended up causing major rifts in our relationship, like me not even knowing the name of his new boss! I was so engrossed in what was on my screen that I didn't listen to him."

Morris is not alone. Americans check their cell phones a whopping 150 times a day, which works out to about once every six minutes. And 46 percent of U.S. smartphone users say they couldn't live without their cellular devices. This addiction comes with an array of downsides. Being hooked on your phone has been linked to depression, sleepless nights, and can even create imbalances in your brain. But did you know that your smartphone habit could be harming your relationship as well?

Ignoring someone by concentrating on your phone instead of them has become so common that experts have even given the situation a name: "phubbing," aka phone snubbing (In 2012 Australia's Macquarie Dictionary and the McCann advertising agency got together and coined the term). One study found that the practice led to feelings of poor communication quality and relationship dissatisfaction.

A survey conducted by Baylor University's Hankamer School of Business found that 46 percent of respondents had been phubbed by their partner and 23 percent said this behavior created conflict in their relationships. The study also found an indirect link between phubbing and depression, as being ignored by your partner for a cellphone can negatively impact your relationship and life satisfaction.

The damage of phubbing

"It's interesting that people are often glued to their phones due to FOMO [fear of missing out]," says Suzie Pileggi Pawelski, co-author of HAPPY TOGETHER: Using the Science of Positive Psychology to Build Love That Lasts. "What they might not realize is that what they are really missing out on is connecting with the person that is right in front of them in order to pay attention to something trivial that won't matter in the long run."

Pawelski says that as humans, we all want to feel acknowledged, cared for, loved and understood and that couples who feel this way tend to have more satisfying and sustainable relationships that those who do not.

"Cell phones can be damaging to a relationship if our partner is prioritizing them over us. It communicates that we aren't important enough to our loved one to warrant their attention. We don't feel acknowledged and appreciated," Pawelski says, adding that it's often the small things that "break or make a relationship," and while it might not feel major to occasionally scroll through Twitter when your partner is talking, over time, it could stress your relationship beyond repair.

Consider a time when you've been excited to tell someone something and they glance down at their phone. LeClair explains that most people feel as though this is a signal that they aren't being interesting enough or that what they have to say isn't important.

"Sharing about day-to-day moments is an important aspect to facilitating relational closeness," LeClair says. Thus, it's vital to establish ways to listen to your partner in daily conversations – yes, even the boring stuff - and not focus on them only when there are big events or memories.

Dr. Carissa Coulston, a relationship expert at The Eternity Rose, says the message you're sending when you "phub" your partner sends an even stronger message than "I'm distracted" – it can be "tantamount to rejection."

Answering a call, email or text during romantic moments, shared meals or even simple conversations gives a clear message that one partner is less worthy of the other partner's attention – and that can cause measurable distress.

"Even small rejections can be painful, since the brain is known to respond in the same way to emotional pain as physical pain," she explains. "The hurt feelings, reduced self-esteem, low mood and increased resentment and anger that even the small rejection of a partner looking at their phone at a crucial moment in a conversation can cause will grow over time and fester."

How to put your phone in check

If you're feeling like cell phones are driving a wedge between you and your significant other, you're not alone. The problem is so common that it's even happened to relationship experts themselves.

"A few months ago, I had an amazing day; several opportunities had come to fruition and I couldn't wait to get home and share the news with my boyfriend," says Tennesha Wood, founder of the Black singles matchmaking service Broom List and star of FYI's Black Love. "When I got home, he was on a work call, and then remained on his phone, jumping between email, a stock app, and Instagram. As the night went by, I found myself feeling rejected and upset that I didn't have his attention to share my good news."

This had been happening more frequently, so she knew it was time to intervene. "I shared that I was feeling neglected and that whatever was happening on his phone seemed to take precedence over me," she said. After a lengthy discussion and some compromise, the couple set some ground rules around phone usage. Experts say doing the same thing in your relationship can stop the damage that phubbing may be causing you as well.

Discuss the issue with your partner: Wait for a quiet moment when they have your undivided attention; don't pick a fight while they're face-down in their phone. When the time is right, "Talk about your needs. If you feel devalued when your partner is on their phone, voice this to them," suggests LeClair. "If you would like them to pay more attention to you and not be on their phone, ask if they would be open to setting boundaries with their phone use," she explains. This could involve finding a time where phones remain off-limits, or it may mean asking explicitly before each discussion that you want to be phone free.

Make a phone use agreement: Coulston suggests agreeing to limits around your phone use – for instance, creating "technology free zones" in your home or carving out specific times of the day when you plug your devices in and leave them there. "Many couples find that banning cell phones from the dining table during meals or from the bedroom entirely helps to foster a more positive relationship and better communication between them," Coulston says.

Leave your phone out of the relationship: "Unless there is an emergency, your phone should be out of sight and out of mind when spending quality time with your partner," says Rori Sassoon, co-founder of professional matchmaking agency Platinum Poire matchmaker in New York City.

Silence the temptations: Beverley Andre, a licensed marriage and family therapist and owner of BeHeart Counseling Services, suggests putting your phone on silent or using the "Do Not Disturb" feature when interacting with your partner. "You can also turn off notifications for emails and/or text messages to increase mindful engagement with your partner," she says.

Tell people when you are unavailable: If you frequently use your phone for work but plan to take a break to be with your partner, tell your clients that you are unavailable so that they can respect that time. Andre suggests creating "an away message that tells the initiating party that you are temporarily unavailable, in order to reduce repeat calls/texts."

Communicate any changes to the plan with your partner: If you are working on a new project for work or have a friend in a crisis, you might need to be around your phone more than normal. But Andre says to make sure and fill your partner in ahead of time so they are aware of the plan and don't feel phubbed.

Redirect your attention to your partner: "Couples can take the time they normally spend checking their news feed and use it as an opportunity to learn more about their partner," says Pawelski. She explains that maintaining curiosity, rather than "thinking we know everything about one another," is foundational to a thriving relationship. One way to do this, she says, is by sharing "good secrets," defined as "important things about themselves that they never previously revealed to each other -- a childhood memory, a life-changing experience, a vivid dream, a hope for the future, or a fantasy." (Stumped on where to start? Try a conversation-sparking game like TableTopics).

Going to counseling to curb the phubbing was definitely a game changer in her relationship, says Morris. While working with their therapist, the couple implemented the following boundaries: No phones at the dinner table and an agreement to maintain eye contact during important conversations.

"It's helped things improve by allowing us to truly talk to one another instead of saying, 'Hey, here's this YouTube video I found.' We've had deep discussions on theology and, most recently, racism," says Morris. "This has allowed our relationship to flourish because we're more in tune with each other and our feelings." 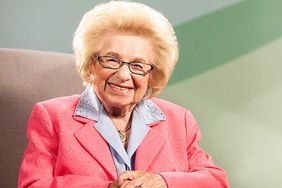 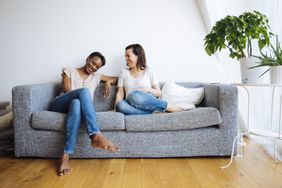 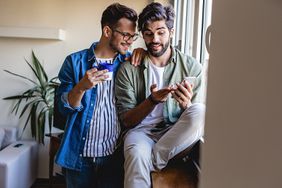 How to Support Your Partner Through Continually Uncertain Times 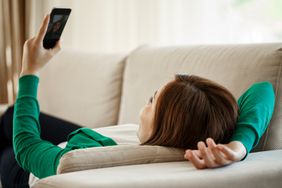 Your Relationship Suddenly Went Long-Distance due to the Pandemic: How to Make It Work 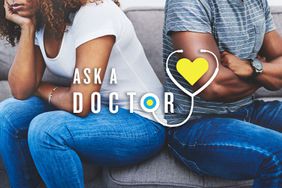 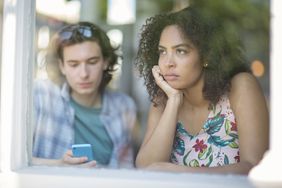 Feeling Stuck in Your in Relationship? How to Know If You Should Save It - or Split Up 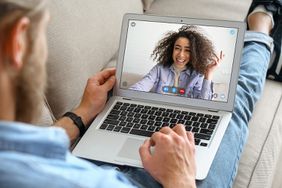 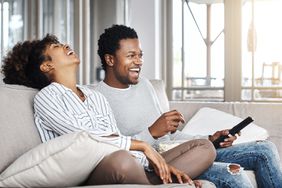 The Surprising Way Watching TV Can Make Your Relationship Stronger 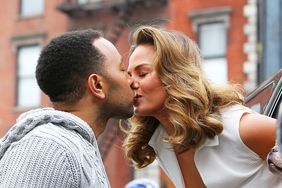 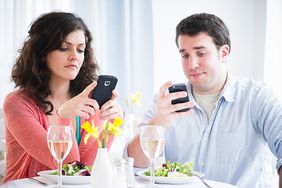 The Most Bizarre Things That Impact Your Love Life, Ranked by Weirdness 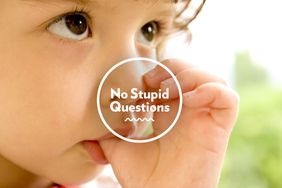