The Surprising Way Watching TV Can Make Your Relationship Stronger

Want to stop squabbling and feel the love? Grab the remote - it turns out there are unexpected relationship benefits from turning on a good movie

All that TV binging and late night movie watching you've been partaking in lately may be doing more than just helping you to tune out the drama of 2020. Watching movies that feature onscreen couples, then discussing their journey with your partner, can have a positive effect on your relationship, says Ron Rogge, an assistant professor of clinical psychology at University of Rochester. In fact, he adds, it can significantly slash a couple's risk of divorce – even as the divorce rates during the pandemic appear to be surging.

In 2013, Rogge's initial study sought out to examine the best ways that couples could increase their chances of staying together in their early years of marriage, when, according to Rogge, "there is a massive spike in the divorce rate."

The original goal was for spouses to attend workshops to strengthen their relationships, but Rogge wanted to see if merely spending time together and having discussions was enough to do the trick. So he sent a quarter of the study's 174 couples home with an assignment: Each week, they had to select one movie to watch off of his prescreened list, which included iconic onscreen relationships like True Lies, Mr. and Mrs. Smith and American Beauty. They were instructed to engage in a conversation following the film, discussing what the romantic duo in the movie went through.

Couples did this for five weeks and the experiment resulted in a 50 percent reduction in divorce within the first three years of marriage in comparison to the other couples in the study.

A quarter of the couples in the study went through the premarital relationship enhancement program (PREP), "the best researched relationship workshop out there" per Rogge. Another quarter received workshops in CARE, a program based on building empathy and compassion. A quarter of the couples did nothing, and the remaining quarter engaged in the movie-discussion exercise. The couples who did nothing had a 24% divorce or separation rate in the first three years of marriage. And in the CARE, PREP, and movie-watching group, the divorce rate was around 12%.

"Instead of doing these 14-hour workshops where they have to come to campus," says Rogge, "just watching three movies at home and having discussions about their relationship that they ease into by talking about the relationship on screen first" ended up having similar rates of divorce-reducing success among the group.

Rogge has since performed follow up research showing that there are immediate benefits to watching even just one movie featuring an onscreen romance; they include couples feeling more positive about their relationship and showing more affection. Of course it stands to reason, he says, that "the more movies you watch together, the stronger that benefit is."

According to Rogge, the shared film viewing allows partners to use the characters as a way to ease into discussions about what's going on within their own relationships. "Most people don't know how to talk to romantic partners or find it difficult or awkward or tense," he explains. "Movies can make it easier and a lot more comfortable. It also helps couples prioritize time together to make a connection and open up a little."

Though Rogge's initial evidence focused on the newlywed stage, the team's more recent research suggests that this exercise can work equally well for couples of all relationships stages, from dating to engagement to recent and long term marriages. "We believe that this will probably be beneficial for couples of all shapes and sizes," he says.

That's good news, because many couples are more in need of a boost than ever. Sharon Gilchrest O'Neill, a marriage and family psychotherapist and author of A Short Guide to a Happy Divorce (out January 5, 2021), says it's clear that living in the coronavirus world is causing many spouses to wonder about the viability of their marriages. "The pressures, the anxiety, and the constancy of being with one's partner and children is a new experience, and for many not a positive experience in any way," she explains.

And New York divorce attorney Ken Jewell has been logging 12-to-14 hour days to keep up with what he calls "the COVID divorce." "Business is up substantially," he says. His clients are couples that entered into the pandemic with issues that quickly compounded during stay at home and social distancing mandates.

Rogge suggests that his easy exercise "could be a lifesaver during quarantine" – here's how to do it.

Select a movie to watch with your partner. The only rules, says Rogge, is that the film has to feature an onscreen relationship and preferably a long-term pairing, which can include everything from Eternal Sunshine of the Spotless Mind to Father of the Bride. (Dramas tend to be best; he says romantic comedies are counterintuitively not great because the onscreen duo isn't "actually a couple until the end," and horror and sci-fi doesn't tend to have as much impact.)

After you watch, sit down with your partner to analyze the relationship arc that the couples went through on screen. Try questions like:

To help accommodate busy couples or those with young kids, Rogge has expanded his list to include television shows, for a shorter time commitment.

Actress Alison Sweeney says this approach works for her when she and her husband, David Sanov, watch her Hallmark movies together - but they've have even had relationship discussions around intense dramas. "During Breaking Bad, I'd pause it and say 'Oh, honey, I would never turn you in. I would help you hide the money,'" she says, with a laugh.

It worked for these couples

Randi Latzman, 37, creator of the Surviving Mom blog, is rewatching Friday Night Lights with her husband and recently found a scene where Coach Taylor lied to his wife about a check he wrote to be a great conversation starter. "My husband used to be dishonest about finances and immediately commented that it was wrong for Eric to lie," she says. "It was a great 'aha' moment where he saw how essential honesty is in relationships, but wasn't applying it to ours."

Jessica Sager, 33, a New York City-based comedian, watched Gone Girl with her husband on their first anniversary, and it sparked some chatter on the drive home, concluding that "If we're ever that unhappy, we'd first seek a lot of therapy or just quietly end it."

Kaitlyn Short, 23, a content marketing strategist in Pleasant Grove, Utah, watched the Twilight movies with her partner, and found that "the lack of healthy communication between Edward and Bella" encouraged them to strive to be better communicators within their own relationship.

Rogge says he frequently uses movies as a way to reflect on his relationship with his husband in a more vulnerable way: "There are times when we will be watching a movie and I will pause it and say, 'Oh my God, that guy was such a jerk. And I totally did that to you yesterday. I'm so sorry. I apologize. I was in a bad mood. But you didn't deserve that."

Singles can learn something too

Destin Pfaff and Rachel Federoff, who run the Love and Matchmaking service, provide a version of this character analysis. The former Millionaire Matchmaker stars use characters from rom-coms to illustrate to clients what behaviors they exhibit that may prevent them from finding love. "If someone is the Richard Gere character in Pretty Woman who's a workaholic, we'll be like, You're just like Richard Gere was. And you need to stop that,'" explains Federoff.

Pfaff recommends singles try this exercise at home, but notes "the best judge of self is sometimes not the self," so he suggests asking friends and family for advice: "If your friend is constantly saying 'you're so this character,' watch the film and see what you learn."

As long as you don't get too swept up in the fantasy, rom-coms can definitely inspire couples to find actionable ways to show each other that they care, Rogge says. Sweeney's Hallmark movies remind her that life isn't like The Bachelor where date nights involve renting out the Eiffel Tower; instead, she says, "it's the little moments that matter."

For instance, Sweeney's husband often plugs in her phone at night when she's asleep, knowing that she will be less stressed heading into work the next day with a full charge. The actress/producer was so touched by the gesture that she worked it into one of her upcoming Hallmark Chronicle Mysteries.

If you don't have time for the Netflix-and-chill version of this exercise, Rogge and his team have recently launched an app called Agapé (available for iOs and Android), which sends couples a connection prompt each morning.

"So it might be like, 'What's one of your favorite memories that you'd like to recreate with your partner?' And then once both people have answered, the app shares their answers with each other and in the app will continue a conversation," he says.

Rogge says he's seeing similar boosts in connection after spending several minutes a day engaging with Agapé as he did with his movies study. It even contains a set of COVID-related questions to help couples work through pandemic-induced relationship stress almost as well as a glass of wine and a good movie does. 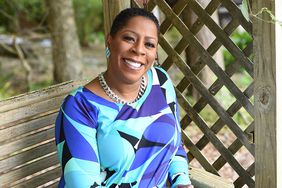