Woman Who Grew Up in Drought-Stricken African Region Returns to Feed Starving Kids: 'Meals Help Them Create a Future'

For decades, world hunger has been one of humanity’s most pressing issues. But one woman who grew up in Africa during an intense drought believes we can end hunger in just over a decade and allow a generation of starving children to dream.

“You don’t plan for the future because you’re not thinking about tomorrow—you are hungry that day and wondering where food is going to come from,” Edna Ogwangi, 45, tells PEOPLE about living in Kenya as a child in the early 1980s. “That shatters the dreams you have. When there is hunger and the solutions are short-term, you don’t have time to dream big.”

Hunger affects approximately 800 million people worldwide, and 98 percent of those live in developing countries, according to the United Nations Food and Agriculture Organization. While hunger has remained prevalent for a variety of reasons, some of the principal causes are conflict, climate change and an overall increase of the world’s population. But poverty remains the largest driver of hunger because families cannot afford food or purchase land to harvest it.

In Ogwangi’s hometown of Kisii—a city in south-western Kenya—families were often forced to sell off their possessions in order to survive.

“When there isn’t any food, it brings financial instability and communities start to struggle,” Ogwangi says. “People fight for food and communities fight with each other—I was absolutely afraid.”

When she was in the fifth grade, Ogwangi found comfort in the kindheartedness of strangers when she received packages filled with food marked with a message: “From the United States.”

The moment would change the course of her life.

“This was really a turning point for me—if people in the United States — who don’t know Kenyans — can send food aid, I thought they had big hearts and generosity in them,” she says. “At that point, I told myself that I would someday help and make a difference the way the Americans did.”

Ogwangi held onto that idea, moving to the United States in 1995 and eventually settling in Raleigh, North Carolina. She has since dedicated her life to supplying food to those in need, and today she is the Chief Impact Officer at Rise Against Hunger—an international hunger relief organization that supplies food and other goods to vulnerable areas.

Last year, Ogwangi returned to Kenya to distribute food and aid to school children in the same position she was not so long ago.

“I could literally look at their eyes and see a reflection of who I was when I was in fifth grade,” she recalls. “I told them the meals they’re getting weren’t just to fill their tummies so they’re able to work hard, the meals would help them create a future, and it will create hope.”

Ogwangi and Rise Against Hunger are working to improve food availability and accessibility, and hope to end world hunger by 2030. In honor of World Hunger Day 2017, the organization is inviting the public to donate to the organization’s efforts, volunteer to host meal packaging events or advocate for policy change in their communities.

“When we don’t have food security, we don’t have a secure world, and I’ve seen it,” Ogwangi says. “We have to fight this war to make sure people have access and availability to food. They need to know how to utilize food so they can have a better life, a better future and a stable world.” 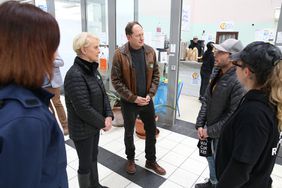 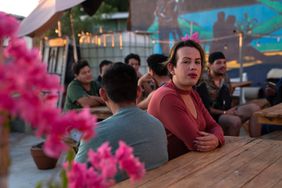 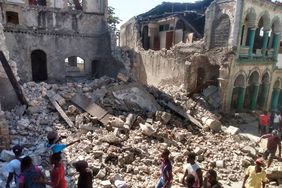 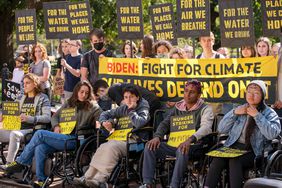 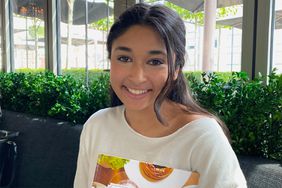 Finding the Planet Sicker Than Ever, Eco-Watchman Lester Brown Gives Us 40 Years to Clean Up Our Act 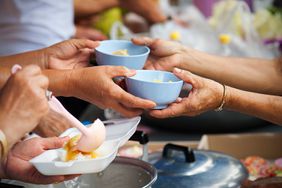 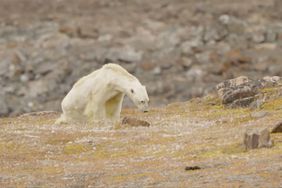