"I just wanted to appear more normal to the outside world," Kaylee Muthart said

Kaylee Muthart, the woman who gouged out her own eyes in 2018, has received a set of prosthetic eyeballs.

Muthart, 22, has been blind since the incident. In footage of Dr. Joseph Gorrin placing the prosthetic eyes, the South Carolina resident was all smiles.

"I was so excited to get them," Muthart said. "I just wanted to appear more normal to the outside world."

The moment was an emotional one for Muthart and those closest to her, including boyfriend Alex George, 42.

"I said, 'I feel like I’m Kaylee again,' and Alex said, 'You’ve always been Kaylee to me,' " Muthart said, adding that George wept when he saw her with her new eyes for the first time after the August 5 procedure.

"It melted my heart," George said. "She was never any different to me, but I know she’s wanted this for a very long time and I’m so happy she has this now."

Woman, 21, Who Gouged Out Eyes While on Drugs Speaks Out Nearly a Year Later: 'I Can’t Give Up'

"Seeing Kaylee happy makes me happy," the finance executive added. "She is always an upbeat and positive person, but this made her extra happy. It was incredible to be able to look in her eyes."

The couple celebrated Muthart's new prosthetic eyes with a dinner out at Applebee's. "Before we had dinner, I put on my own makeup for the first time since I lost my sight, that felt very special," Muthart, who remains blind, said.

After the procedure, Muthart FaceTimed her mom, Katy Tompkins, 58, who "cried with happiness too."

"She is so excited for me and this next chapter in my life," added Muthart, who is currently enrolled in a school for the blind and is focused on finishing her high school diploma before earning an associate's degree.

"I’ve learned a decent amount of braille and I can cook, use a stove, wash clothes, make the bed and look after pets now," she said, before adding, "I’ve come such a long way from two years ago."

Muthart's story garnered much attention in 2018 after she took out her own eyes during a meth-induced psychotic episode that February.

"Coming off meth was awful, physically and mentally, there was hallucinations and psychosis, but I overcame it thanks to God," she said. Muthart is working on a book about her journey to sobriety. 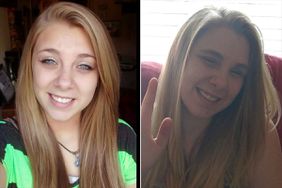 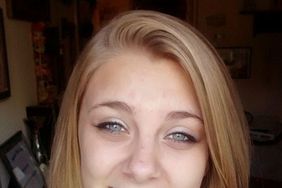 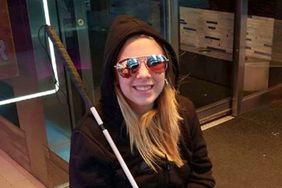 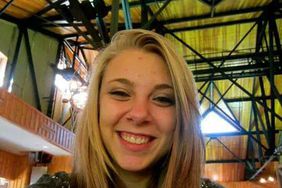 Woman Who Gouged Out Her Eyes Reveals Why She Did It, Says 'Life Is More Beautiful Now'

PEOPLE Explains: What Would Drive Someone to Gouge Out Their Own Eyes?