The wife of a popular hiking boot company founder and her stepgrandson have gone missing after being swept away by a creek in Grand Canyon National Park in Arizona on Saturday.

Lou-Ann Merrell, who is married to Merrell Boot Co. founder Randy Merrell, and 14-year-old Jackson Standefer reportedly lost their footing near a remote creek and fell in the rushing water during a family vacation.

Their loved ones remain hopeful that Merrell’s familiarity with hiking and survival skills will keep the two alive until they are rescued.

Mark McOmie, Jackson’s uncle, said that the family members are avid hikers and very familiar with the area — he hopes that Merrell and Jackson have found shelter in a cave, according to the Denver Post.

Merrell, 62, is “a very experienced backpacker,” McOmie told the publication. “If they can get to a spot where they cannot be in the water and stay warm, she’s got the skills needed to get them through it. The odds aren’t great. But given their skills and knowledge of the area, that will probably lead to the best possible outcome.”

“The bad part is that they don’t have their gear,” said McOmie.

Officials were apparently alerted to the incident when an emergency GPS locator beacon was set off below the canyon’s North Rim, said Chief Ranger Matt Vandzura of the National Park Service according to the Denver Post.

No rain was reported in the area and it was not known whether water levels in the creek were higher than usual, though the Park Service says water levels are generally higher in the spring after snow melts.

The search resumed Tuesday with three ground teams of 20 people, plus a helicopter, drone and a motorized boat, which was checking along the banks of the Colorado River near its confluence with the creek, park spokeswoman Robin Martin told ABC News.

Jackson is an eighth-grade student at McCallie School in Chattanooga, Tennessee.

“The entire McCallie community sends its prayers to the Standefer family and all those close to Jackson as we all hope for a positive ending to this situation,” the school said in a statement to the publication. 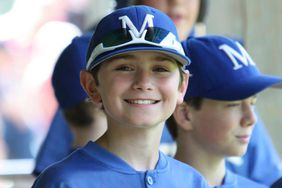 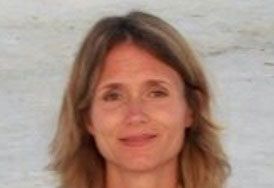 Woman Ate Twigs And Drank Her Urine to Survive in Wilderness for More Than a Day: 'It's A Christmas Miracle' Says Sheriff 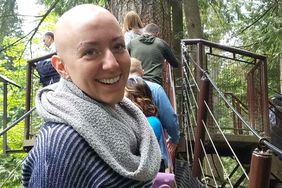 Dragnet in the Desert