What It's Like to Freeze Your Eggs at 32: 'I Didn't Want to Be at War with My Own Biology'

Jessie Kahnweiler, a 32-year-old Los Angeles-based filmmaker, has never shied away from taking on sensitive and controversial topics, and her latest project is no exception: freezing her eggs.

In a recent essay, she openly discusses everything from the pressure she felt of having to “find the one” and the experiences that led to her decision to go through with the procedure.

“The decision to freeze or not to freeze is going to happen gradually,” she wrote. “Don’t stress. Live your life but pay attention.”

The idea of freezing her eggs first came to Kahnweiler’s mind when a guy she was casually seeing told her that he didn’t want to ever have kids.

Kahnweiler quickly responded, “Whatever. I don’t need kids. My films are my babies.”

But the honest truth, she says, is that she really does want a partner and a family one day.

“There is this social stigma that as women we don’t want to be baby crazy and we don’t want to scare off guys,” she says. “But I do want a family and I’m just now realizing that. I didn’t want to be in the position where I was at war with my own biology. There was something that I could do, so why not do it.”

“It’s way too much pressure to put on someone that you’re dating and on myself,” she adds.

A few months after their conversation, they broke up, and Kahnweiler began to work on Bump — a potential TV series about a twenty-something woman who becomes a surrogate for an interfile 40-year-old woman.

“For the project, I interviewed dozens of women in their forties who experienced fertility issues. Some chose adoption, some chose multiple rounds of IVF, some chose to stop trying to have kids entirely — but all of them said the same thing to me: “I wish I could have been more proactive when I was younger,” she wrote.

“Meaning, by freezing their eggs they could have possibly avoided some of the emotional and financial stress that fertility treatment entails. Even though it is widely known egg freezing is not a ‘foolproof’ plan it does give you more options in the long run. For my career, I have taken every action, hustlin’ 24/7. Why not do the same thing for my own body?”

These eye opening experiences led her to “decide to bust out the bottle service and put my eggs on ice,” she wrote. “Or at least go talk to a doctor about it…”

A Crash Course on Fertility

The night before Kahnweiler had her first consultation with a fertility specialist, she stayed up late on the Internet to come up with a list of prepared questions.

“Will the procedure damage my ovaries? No. Will it decrease my chance of having kids naturally? No. Will the hormones drive me to the brink of insanity? No,” she wrote.

She also realized that her well-educated friends also had zero education on what it really meant to freeze your eggs.

“There is still so much stigma,” she says. “Some of them said, ‘Wait, wont that kill your ovaries?’ There is so much fear. People need to start talking about it more.”

While the decision to freeze her eggs was difficult, she didn’t know how tough the hormones she was required to take would also be on her body.

“I had to give myself all of these [hormone] shots and mix all of these chemicals,” she says, “and I had to do it at a certain time every day. It was painful. Emotionally, you’re on this total roller coaster — and you’re bloated.”

Kahnweiler says she ate crackers and drank ginger ale for almost two weeks before her procedure because she was too nauseous to eat.

“I took the shots every night before I went to bed so I could sleep through most of the symptoms,” she says.

When Kahnweiler’s doctor determined that her eggs were ready to be retrieved, they give her a shot that she had to take in the middle of the night to induce ovulation.

After her actual egg retrieval in July, she says she felt sore and tired, but she was physically back to her old self in less than two weeks.

“Emotionally, I was depleted and sad, but this can be really normal because of the hormones and the experience itself,” she says. “But I felt so incredibly happy that I’d done it and was so grateful for my body.”

The experience also made her realize how lucky she was to even have the procedure.

“Freezing your eggs is a financial burden. It’s over $10,000. There are payment plans, but I personally would not have been able to freeze my eggs without help from my parents. I recognize the extreme position of privilege I am in. I feel grateful. I also feel totally ashamed,” she wrote in the essay. “How can I waste my parents hard-earned money? The world is so overpopulated, does it really need my offspring? How can I be so selfish?”

After a mild freakout, she says she realized that this decision “is not simple or without flaws,” but ultimately, “I want the choice to carry my own child.”

Since her procedure over the summer, Kahnweiler says she has been able to live her life with even more freedom than she had before.

“I can continue to pursue my career and not have this pressure to have children now,” she says. “Why do so many men have children later in life? I basically feel like I’m borrowing male privilege. If I want to have a kid at 45, I can have a greater chance of doing that now.”

She is looking forward to working on her movies, becoming more financial stable and eventually bringing a baby into the world when she wants to, not when her biological clock tells her she has to.

And she says it was her 97-year-old grandmother’s reaction to her procedure that really hit home: “She said, ‘Great. Now you won’t have to marry a guy just because you want to have kids.’ ”

Kahnweiler says it was the best decision she ever made.

“Maybe I’ll defrost the eggs in 10 years, maybe I’ll adopt, maybe I’ll be the quirky stepmom, or maybe I’ll just get more cats,” she wrote. “The point is, I am now an educated woman with choices.” 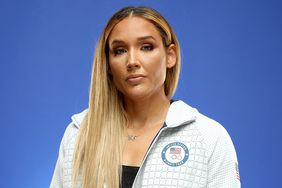 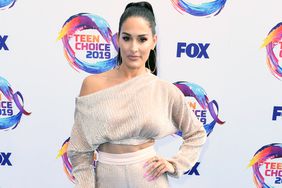 Nikki Bella Meets with a Fertility Doctor to Discuss Having a Baby: I'll Be 'Ready in a Few Years' 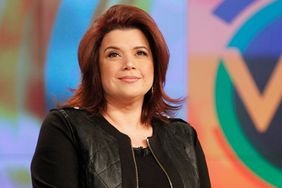 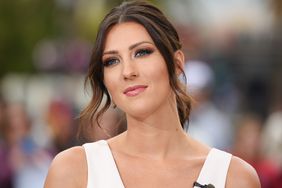 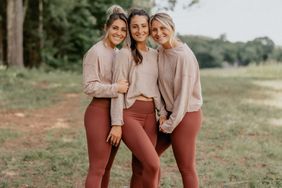 'Hormone Hype Girls' Ditch the Stigma Around Menstruation: 'We Want Women to Be Best Friends with Their Flow' 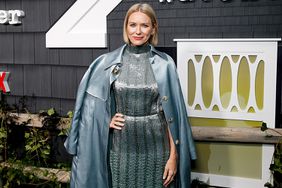