Carl Nassib made NFL history this week — but his announcement is also making strides for The Trevor Project.

On Monday, the Las Vegas Raiders defensive end, 28, came out as gay, making him the first active NFL player to do so. With the announcement, Nassib donated $100,000 to The Trevor Project, explaining that he feels an "immense responsibility to help in any way [he] can."

Following the news, the NFL revealed on social media that they would match Nassib's $100,000 donation.

Other individuals and companies have since followed suit, including Booking.com, which matched the donation, as well as Penn State University's Head Football Coach James Franklin, who announced he would be making a $10,000 donation on behalf of his former player.

A spokesperson for The Trevor Project tells PEOPLE they've seen a 100% increase in online donations since Nassib's announcement.

"The Trevor Project is grateful to Carl Nassib for living his truth and supporting LGBTQ youth," Amit Paley, CEO & Executive Director of The Trevor Project, said in a statement. "This generous donation will help us scale our life-saving crisis services to reach the more than 1.8 million LGBTQ youth who seriously consider suicide each year in the U.S."

But what exactly is The Trevor Project? Here's everything to know about the organization.

Founded in 1998, The Trevor Project is a national organization that provides crisis intervention and suicide prevention services to LGBTQ people under the age of 25, according to their website.

The organization was named by producers Peggy Rajski, Randy Stone and writer/performer Celeste Lecesne after they created the Academy Award-winning short film TREVOR, a coming-of-age story about a gay 13-year-old boy.

Since then, hundreds of thousands of young people have relied on The Trevor Project's various in-person and online life-saving and life-affirming resources to help them navigate through crises, the website states.

The organization has previously concluded that an estimated 1.8 million LGBTQ+ youth (ages 13-24) seriously consider suicide each year in the U.S. Their 2021 National Survey on LGBTQ Youth Mental Health also found that 42% of LGBTQ youth seriously considered attempting suicide in the past year, with more than half of that percentage identifying as transgender and nonbinary.

To help lower those staggering statistics, the organization has 24/7 resources in place, including the Trevor Lifeline, TrevorChat, TrevorText, TrevorSpace (a safe space social networking site for LGBTQ youth) and Trevor Education Workshops.

The Trevor Project also has an advocacy department -- which fights for pro-LGBTQ legislation and against anti-LGBTQ rhetoric/policy positions -- as well as a research team, which determines the most effective means to help young LGBTQ people in crisis.

For those interested in getting involved, the organization offers volunteer opportunities as well as a newsletter to keep up-to-date with all their events and research. People are also encouraged to follow the organization on social media and donate if they have the means.

But perhaps the biggest way that The Trevor Project encourages others to get involved is by creating safe, accepting spaces for LGBTQ+ youth, which they note can save lives.

Nassib echoed this sentiment in his announcement on Monday.

"Studies have shown that all it takes is one accepting adult to decrease the risk of an LGBTQ kid attempting suicide by 40%. Whether you're a friend, a parent, a coach or a teammate -- you can be that person," he wrote at the time.

In Paley's statement, the CEO praised Nassib for spreading that important message before calling on others to continue promoting inclusivity and acceptance.

"Coming out is an intensely personal decision, and it can be an incredibly scary and difficult one to make. We hope that Carl's historic representation in the NFL will inspire young LGBTQ athletes across the country to live their truth and pursue their dreams," Paley said. "At a time when state lawmakers are actively trying to restrict transgender and nonbinary youth's participation in school sports, this news should serve as a clarion call for greater LGBTQ inclusion in the locker room and on the field."

The Trevor Project has trained counselors to support LGBTQ youth 24/7. If you are a young person in crisis, feeling suicidal, or in need of a safe and judgment-free place to talk, call the TrevorLifeline at 1-866-488-7386. To make a donation, visit their website. 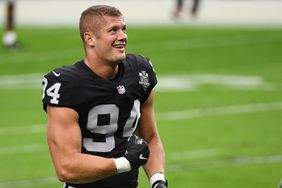 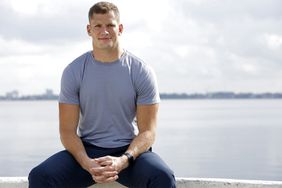 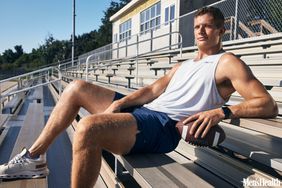 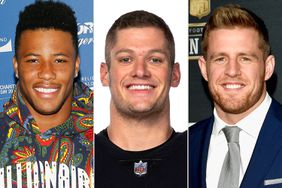 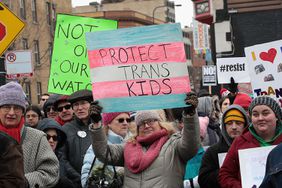