Nicole and Wesley Bodenheimer planned to tie the knot on Nov. 1 — but a twist of fate led the couple to the altar more than four months early

Nicole and Wesley Bodenheimer planned to tie the knot on Nov. 1. But a twist of fate led the couple to the altar more than four months early.

It all began last Wednesday when the Thomasville couple saw an unusual Facebook post from officials with Bella Collina Mansion, a wedding venue in Stokesdale, North Carolina.

The post read: “Have you ever wanted a Bella Collina wedding but financially the time wasn’t right? Our couple for Saturday just decided to call it quits!!!! They want YOU to take over the wedding! June 23rd 2018 Everything is paid for!!!! Flowers, Catering, DJ, Photography, Coordination, EVERYTHING!!!!!! Over $15,000.00 paid for in full!!!! They are auctioning off this Saturday’s wedding for $7,000.00!!!! Any takers???”

Nicole says she and Wesley were excited to see the post, but she never thought they’d be able to plan a wedding in just two days.

“I was like, ‘No! That’s a super short time period,’ ” Nicole, 24, recalls. “He was like, ‘No, we seriously have to message them.’ So I did and we were immediately able to set up an appointment for the next morning … Wesley pushed me to do it.”

The lovebirds managed to snag the offer, shelling out the $7,000 for the last-minute wedding. And, much to Nicole’s surprise, the quick planning went perfectly.

“I was like, ‘Wow, were seriously doing this!’ It was a lot less stressful than I thought it was gonna be,” Nicole tells PEOPLE. “Everybody stepped up, pitched in and helped.”

Wesley, 25, adds: “We couldn’t have done it without Joe [Destafino], the owner and operator of Bella Collina. He went above and beyond expectations. It went off without a hitch. Thanks to everyone, but especially thanks to him.”

Everything fell into place for the couple. Nicole says she even managed to find the perfect wedding dress and have it altered just in time for the ceremony. And on Saturday, Wesley and Nicole wed in front of family and friends on the grounds of the picturesque mansion.

“It could not have gone any better. It felt like we planned that a year in advance,” Nicole gushes of the big day. “Everybody was able to make every little thing perfect.”

“It’s overwhelming,” Nicole tells PEOPLE. “I’m just happy people are able to see what [Bella Collina officials] did for us. We were excited about having our dream wedding there. It was a simple situation that turned out to be bigger than what we expected.” 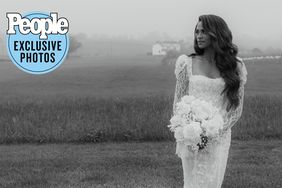 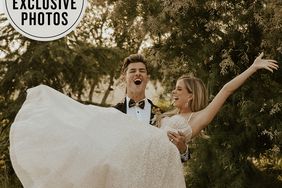 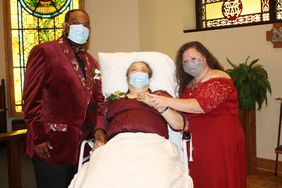