Nkechi Taifa is the founder and CEO of The Taifa Group LLC, a social enterprise firm on a mission to advance justice. Growing up in Washington D.C. during the height of the civil rights and Black Power movement, Taifa, 65, quickly realized she wanted to be a voice for the Black community. After earning her law degree, she went on to work for a number of progressive organizations, including the Women's Legal Defense Fund, now known as the National Partnership for Women and Girls, and the ACLU. Today, she leads the Justice Roundtable, an advocacy coalition that pushes for federal criminal justice policy reform. In September she released a memoir called Black Power, Black Lawyer: My Audacious Quest for Justice. This is her story, as told to PEOPLE.

When I was about 5, I went to a carnival with my father and sister. I remember standing in line to ride a pony and a little white boy came up and said to the other white people in front of and behind us, "You all can ride." But with my family, he said, "Y'all can't."

Another time, I wanted to go to an amusement park in this area called Glen Echo. It was just becoming popular, but for some reason, my mother was always steering us away from going. I didn't realize until later on that it was because it was segregated.

These were things that weren't really explained to us early on. It was just things you could do or not do. But I remember they left an indelible print on my mind and inspired me to always be about seeking justice.

In the eighth grade in 1968, Black studies came into my junior high school class. I knew I wanted to take the course because I always was sensitized to all these issues of injustice in society. One day, I walked into the classroom and there was a big poster on the wall of Huey Newton of the Black Panther Party.

All my teenage girlfriends were talking about how cute this dude was, but I kept asking the teacher, "Well, why is he in jail? Why is the head of the Black Panther party being represented by white lawyers? Where are the Black lawyers to represent the Black people?"

I knew from that point on I wanted to be one of those lawyers who help represent Blacks. But I had no mentors, I had no role models, I didn't even know anything about the LSAT.

I ended up going to George Washington University Law School, almost three years after undergrad from Howard University. At the time, I was working for an anti-apartheid organization helping to free Nelson Mandela from prison and to put an end to colonial rule in Southern Africa, so I had to go to law school at night.

I am so glad I went because the law degree has made a difference and helped to boost my credibility.

As a Black woman, with an African name that I adopted at age 16 and having nontraditional locks in my hair, you always have to be better than other people. You have to have done more, you have to know more, you have to jump over more hurdles.

I'm a person who has a lot of energy, and everybody's always talking about it. But part of that might just be an over-compensation for all of the drain that's there as a result of all the microaggressions that I've gone through. It's stuff all the time.

When I was first starting out in law, I remember a very disparaging prosecutor who, because I had adopted an African name, was not seeing me as a lawyer with my sixth amendment right, constitutional responsibility and duty to zealously represent my clients within the bounds of the law. She was, instead, seeing me as the defendant.

I had a supervisor once who did not like me because I always got along with white folks. I had a law degree and she didn't have a graduate degree, yet was in a position way over me. It was a constant battle, always having to prove myself and that my ideas were worthy.

There was also a job in my late 20s, early 30s that I really should have applied to, but I thought I wasn't good enough or wasn't ready. The white guy who applied for it and got the job was so mediocre. I didn't have that much experience but my god, he had less than that.

I would have been far better and I remember saying, "Damn, why didn't I do that?" It really would have catapulted me and gotten me places in my career much faster. But I doubted myself and there was no one to tell me that you are good, you can do this.

It felt like we didn't have mentors back then, but there's so much mentorship going on now and I try to be a part of it.

I taught for a number of years at Howard Law School, where I helped to train the next generation of Black lawyers. Since 2001 and up until COVID, I also taught high school students in an annual program called the National Bar Association’s Crump Law Camp.

I like to think that I have been a mentor to a lot of them and provided inspiration and a path — a path that you can be your authentic self and still be successful. You can have an African name, you can wear Cali shells and still be a kick-ass lawyer in the courtroom, or in a policy chamber, or wherever folks' legal careers lead.

I'm very enthused with what I see out there now. With the groups that are coming up, talking about reimagining prisons and justice and all these things that even 25 years ago, no one would have even touched with a 10-foot pole, I feel like I could just sit back and retire because the young folks have it.

RELATED VIDEO: How a Black Police Officer Who Experienced Racism as a Teen Hopes to 'Effect Internal Change'

But we definitely have a long way to go. Change doesn't occur overnight. There's a saying that talks about planting seeds for trees that you might not live to sit under the shade of — and that's what I'm seeing now.

People might not live to see what justice really is reimagined to be, but the fact that that conversation has now reached the mainstream is major. If you keep at it, it will, in fact, at some point change.

Frederick Douglas once said, "Power concedes nothing without a demand. It never did and it never will." You've got to demand. You've got to put your stake in the ground as to what you want or how you feel things should be. Because unless you do that, power is not going to give it up on its own. 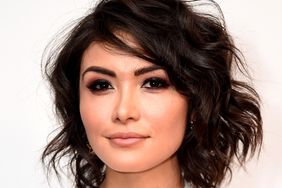 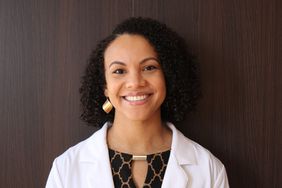 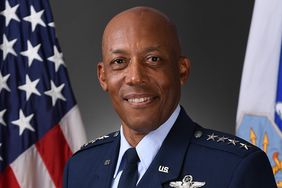 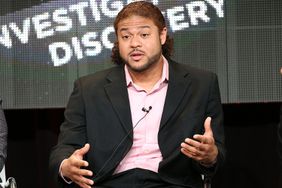 Police Shooting Victim Robbie Tolan: 'I Have An Obligation to Speak' Out for Others Who Can't 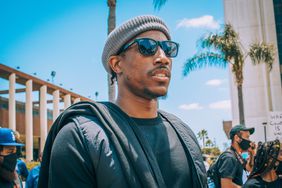 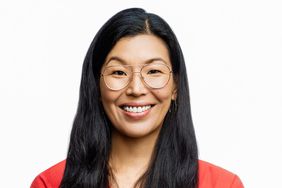 Activist Ai-jen Poo Is Fighting for Domestic Workers: They're 'Invisible and Undervalued' 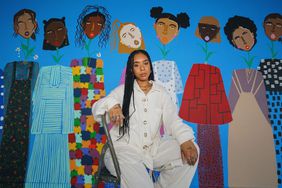 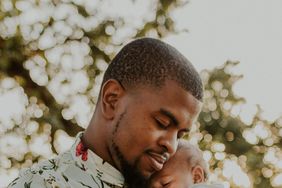 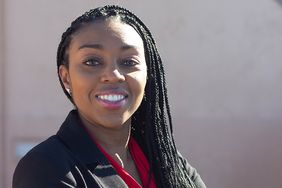