James South will celebrate a century of life on Oct. 7, and he's hoping to get some cards to mark the occasion

A veteran of World War II is calling on the public to help make his upcoming 100th birthday a special one.

James South will mark a century of life on Oct. 7, and he’s hoping to receive 100 birthday cards to help him celebrate.

South’s assisted living home, Brookdale Watauga in Texas, shared a photo of the smiling vet to Facebook in which he holds a red sign making his request.

Letters hold a special place in South’s heart, as his girlfriend, Sophie, wrote him one for each day he was at war, he told local ABC affiliate WFAA. He and Sophie went on to marry, and they were wed for 55 years before her death in 2001.

“It would give me a feeling that I am recognized for what I do, what I am,” he said of receiving the cards. “And I would cherish it forever.”

His son Jim South told CNN that his father joined the Army in 1940 and was deployed to Normandy seven days after D-Day.

World War II Veteran, 95, Is Crossing the Country on Foot Again and Plans to Finish in 5 Years

Though he retired at age 65 and moved into Brookdale at 98, he’s kept busy and has many hobbies, including woodworking, growing his garden, playing golf and going to church.

“My dad taught me that a hug is better than a handshake. And that money wasn’t the goal in life — it was happiness,” Jim said.

As for what South plans to do with the stack of cards he receives, he has a little redecorating in mind.

“[I’ll get] maybe a frame and put all the cards in my room, where I won’t forget them,” he told WFAA.

Those who want to help James South celebrate his birthday can send cards to: 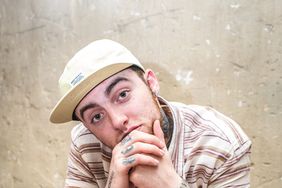 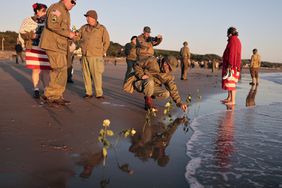