What to Know About the U.S. Doctor Who Will Examine Terminally Ill Baby Charlie Gard Next Week

Charlie Gard, the terminally ill British baby at the center of a medical and ethical debate, will be evaluated by Dr. Michio Hirano from the United States next week

Charlie Gard, the terminally ill British baby at the center of a medical and ethical debate, will be evaluated by a doctor from the United States next week.

Dr. Michio Hirano, a professor of neurology at New York’s Columbia University Medical Center and chief at the Division of Neuromuscular Disorders, will travel to London where the 11-month old boy is being held after the Family Division of Britain’s High Court in London denied his parent’s request to travel to the U.S. for experimental medical treatment. The doctor’s identity was revealed for the first time on Friday.

Charlie was born last August with mitochondrial DNA depletion syndrome, a progressive disease that causes muscle weakness and loss of motor skills — leaving those who have it unable to stand, walk, eat, talk and eventually breathe. He is currently on life support and unable to move his limbs or eat or breathe without assistance. His doctors have said he will die from his illness.

His parents, Chris Gard and Connie Yates, are both carriers of the faulty gene, but were unaware of it until Charlie turned three months old. According to a fundraising page they set up to raise money to bring Charlie to the U.S., Charlie is only the sixteenth known person in the world with the condition.

The family’s story has made headlines worldwide, with Pope Francis and President Donald Trump offering support to the grieving parents.

While officials with Great Ormond Street Hospital — where Charlie has been since October — remain unwavering in their opinion that every medical treatment option had already been explored for the young boy and that any experimental treatment would be unjustified, Hirano has treated others with conditions similar to Charlie’s — and believes there is still hope.

High Court Judge Nicholas Francis said Friday he is “open-minded about the evidence” to come, CNN reported, and that he would come to a final decision by July 25.

Here’s what to know about Hirano:

According to his Columbia University Medical Center bio, Hirano has been a doctor for more than 30 years — and has been named one of America’s Best Doctors, as well as an elected member of the American Neurological Association and elected fellow of the American Academy of Neurology.

He first received his BA from Harvard College, before completing his Doctor of Medicine degree (M.D.) from Albert Einstein College of Medicine. Both his neurology residency training and post-doctoral fellowship in neuromuscular genetics were at New York-Presbyterian Hospital/Columbia University Medical Center .

In addition to his work at Columbia as professor of neurology and chief at the Division of Neuromuscular Disorders, Hirano is also director of the H. Houston Merritt Clinical Research Center and medical director of two laboratories: Laboratory of Molecular Genetics and the Laboratory of Metabolic and Mitochondrial Disease.

2. Education runs in his family

Hirano comes from a family of educators, The New York Times reported. His mother, Keiko, taught Japanese at the Bronx High School of Science while his father, Asao, was the head of neuropathology at the Montefiore Medical Center and a professor of pathology and neuroscience at Albert Einstein.

3. He specialized in myopathies and other neuromuscular diseases

Additionally, he lists a series of research interesst on his site, including “positional cloning techniques applied to autosomal disorders affecting the mitochondrial genome” and “investigations of mutations of mitochondrial DNA in human cardiomyopathies.”

4. He’s developing an experimental therapy that’s been used on at least one American patient

Hirano is hoping to oversee a trial in which Charlie would undergo nucleoside bypass therapy — an experimental treatment which is taken as an oral medication.

Hirano told Judge Francis on Thursday that Charlie’s MRI scan did not indicate structural damage to the brain, CNN reported, and that there was an “11% to 56% chance of clinically meaningful improvement” in muscular function with the proposed treatment.

He added that keeping Charlie on a ventilator would not cause him harm, CNN reported, and that Charlie did not seem to be in any significant pain.

Hirano will spend the first two days of the working week assessing Charlie and meeting with specialist and his current immediate-care team, ABC News reported. That includes a doctor from the Vatican children’s hospital.

Judge Francis granted Charlie’s parents to be present for the discussions on Friday, CNN reported — an allowance not normally permitted, but one that Gard and Yates fought hard for in court. The meetings will be chaired by an individual who will remain anonymous, ABC News reported. 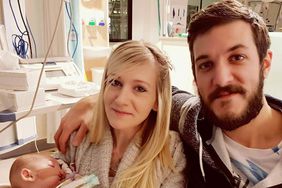 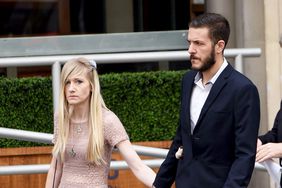 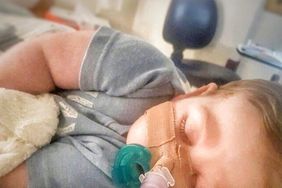 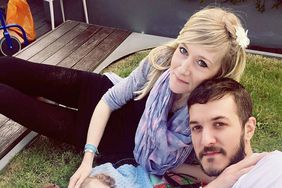 What to Know About Charlie Gard, the Terminally Ill Baby Trump Wants to Help 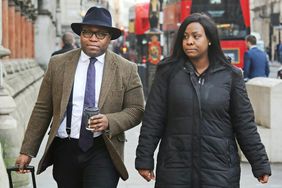 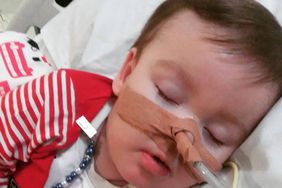 What to Know About Alfie Evans, the British Toddler Taken Off Life Support After Legal Battle