A pair of collegiate hockey players recently embarked on a multi-state journey for a reason much bigger than themselves — and they did it all on rollerskates.

Over the course of 10 days, University of Massachusetts Boston teammates Andrew Walker and Jacob Adkins traveled nearly 900 miles on rollerskates from Boston to Lansing, Michigan, as they raised money for the American Cancer Society.

The men departed from Massachusetts on July 13 — keeping supporters up to date with their travels on their "Men in Blades" Instagram, Twitter, and YouTube pages — and by July 23, announced they had reached their final destination.

"All the work that went into it, all the stress, all of the support we had, and especially seeing everyone at the finish line. You just couldn’t help but let tears run down your face and just lay down and let your legs rest for a change," Walker told Boston television station, WHDH.

Added Adkins: "This experience has humbled both of us and has made us just that much more grateful for the people around us and that much more loving."

Walker and Adkins, who are also roommates at UMass Boston, explained on their GoFundMe page — which has raised over $24,000 — that they started this journey as a way to raise money for people who were affected by cancer amid the coronavirus pandemic.

"Cancer has affected most of us in one way or another. We have both personally seen the struggles close up and couldn't imagine having to fight this horrible disease in the wake of a pandemic," they wrote. "Being collegiate hockey players, we wanted to find a way to help those in need by doing what we know best - skating!!"

"With most ice rinks closed down, we are hitting the pavement and rollerblading from Boston to Michigan this summer to raise money and awareness for all of those who can't get out there and fight for themselves," the men continued. "We are raising money for cancer patients/survivors/families/caregivers who are struggling to get the help they need during the coronavirus pandemic."

Both men were also personally impacted by cancer, with Adkins' mother, Ali, being a two-time Lymphoma survivor and in remission since 2015, according to their Instagram. Walker’s grandfather died following a cancer battle, WHDH reported.

After embarking on the journey in mid-July, the athletes continued to document their progress, posting daily updates and photos of them along the route.

Some of the photos featured them making stops at the American Cancer Society's Hope Lodge in Cleveland, Progressive Field in Cleveland, entering Ohio and Bulls Bridge in Kent, Connecticut, as well as meeting with the Mayor of Centerville, Pennsylvania.

When they weren't skating, the men stayed in a donated RV, according to their Instagram. It was driven alongside them by their three friends, who also came along and served as their team chef, nurse, and film producer and photographer.

Though they officially arrived in Lansing last Thursday, Walker and Adkins said they intend on keeping their GoFundMe running until the end of August as they approached the $25,000 mark.

Those interested in donating to Walker and Adkins' cause can do so here. 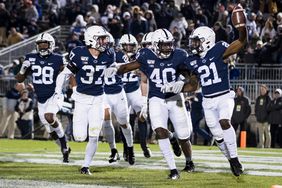