Have you heard any of these storm names before? This is where they came from

The West Coast was recently hit with historic rainfall that was quickly followed by heavy rain and wind on the East Coast.

Snow and rain will likely be on the weather forecasts for millions of Americans in the coming week as winter approaches, and that means terms like "Nor'easter" and "Bomb Cyclone" will soon be appearing in headlines.

While a "bomb cyclone" is certainly attention-grabbing, there is a reason for the term, just as there is for storm names such as the "Texas Hooker" and "Alberta Clipper."

Here are some of the ways our storms have been nicknamed.

According to the National Oceanic and Atmospheric Administration, a "Pineapple Express" storm is a type of atmospheric river that transports moisture from the tropics to the northern areas of the planet and plays an important part in Earth's ocean water cycle.

But what makes a Pineapple Express unique is its moisture builds up around Hawaii (a state many may associate with a pineapple) before moving to the coasts of the U.S. and Canada, where it can bring with it heavy rainfall and snow.

"Prevailing winds cross over warm bands of tropical water vapor to form this 'river,' which travels across the Pacific as part of the global conveyor belt. When it reaches the west coast, the Pineapple Express can dump as much as five inches of rain on California in one day," the NOAA says of the storm.

The "Pandhandle Hook," or sometimes called, "Texas Hooker," originates out of the panhandle areas of Texas and Oklahoma, according to KARE. The storm travels north from the southwest, carrying moisture from the gulf into areas such as Illinois, Iowa, Wisconsin and Michigan, causing gusty winds, rain and snow, according to ISCN.

The "hook" in the name comes from the shape of the storm's trajectory on a weather chart.

An "Alberta Clipper" is a fast-moving storm system that sweeps over the Northern Plains and Great Lakes areas of the U.S. from Alberta, Canada, according to Farmers Almanac.

While the "Alberta" of the name stems from the Canadian province, the "Clipper" comes from the name of a sailing yacht that was known for being fast, much like the sailing vessel.

RELATED VIDEO: Drone Pilot Uses His High-Tech Skills to Rescue Animals After Natural Disasters: 'This Is My Calling'

If you hear a "Bomb Cyclone" is headed your way, you're likely to take notice. The name, while eye-catching, refers to a meteorological phenomenon called bombogenesis.

Photos of Tropical Storm Ida's Destruction in the Northeast

Bombogenesis happens "when a midlatitude cyclone rapidly intensifies, dropping at least 24 millibars over 24 hours," according to the NOAA. This happens when a cold air mass collides with a warm air mass, typically over warm ocean waters.

A "Nor'easter" storm emerges on the East Coast of North America and derives its name from the northeastern winds, according to the NOAA.

"The U.S. East Coast provides an ideal breeding ground for Nor'easters," the organization said on its webpage. "During winter, the polar jet stream transports cold Arctic air southward across the plains of Canada and the United States, then eastward toward the Atlantic Ocean where warm air from the Gulf of Mexico and the Atlantic tries to move northward."

"The warm waters of the Gulf Stream help keep the coastal waters relatively mild during the winter, which in turn helps warm the cold winter air over the water," the NOAA continued. "This difference in temperature between the warm air over the water and cold Arctic air over the land is the fuel that feeds Nor'easters." 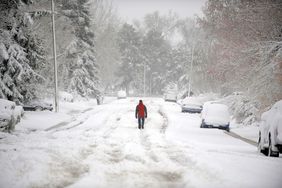 What Is a Bomb Cyclone: All About the Winter Weather Storm Hitting This Week 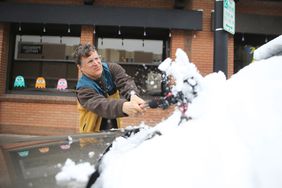 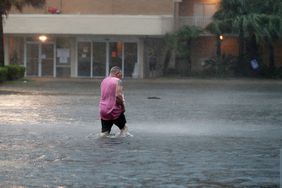 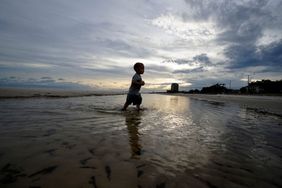 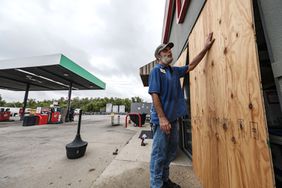 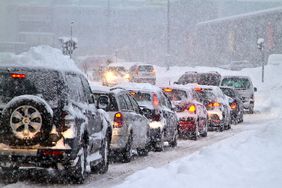 Winter Storm Affects Over 30 States and Disrupts Thanksgiving Travel Plans: What to Expect 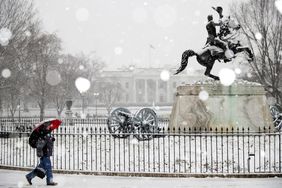 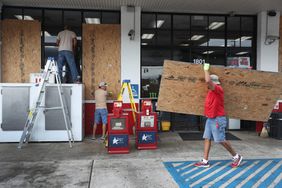 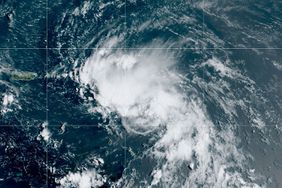 2 Storms with Potential to Become Hurricanes Are Headed for the Southern U.S. at the Same Time