The boy's mother, Lourdes Ponce, claimed that a police officer hit her son and put him in handcuffs while he was seizing

A California woman is claiming that her son, who has autism, was handcuffed by police instead of being taken to the hospital as he was having a seizure.

Lourdes Ponce detailed the alleged incident in a Facebook post, including a video that showed what appears to be Ponce’s son, David Ramos, being handcuffed by an officer in a bathroom.

A woman wearing red is also seen in the video shouting at the police officer to let Ramos go. “He has autism, he has epilepsy, stop it!” she can be heard screaming.

According to Ponce’s Facebook post, the alleged incident occurred on Jan. 30 in Fresno, California, at restaurant Pollo Loco, where they stopped to eat while on their way home from Children’s Hospital in Madera.

Ponce said that Ramos went into the bathroom and began having seizures. When she and her daughter saw that Ramos was “unresponsive,” they called 911 and eight police cruisers arrived, rather than an ambulance.

“Suddenly a Caucasian police officer came in pushing my daughter and me and slammed my son David against the wall and started hitting him,” Ponce alleged. “The officer didn’t bother to ask what was going on and thought he was on drugs.”

Ponce said that when she and her daughter yelled at the officer that Ramos had epilepsy and autism, he instead hit him again and put him in handcuffs.

“Even after we told him my son’s condition and my son screaming at them that they were hurting him and hitting his head this unfortunate man didn’t care,” Ponce claimed.

According to CNN, Ramos posted a video on his own Facebook page that showed the boy kneeling beside a police car handcuffed. As his sister tries to calm him down, the boy can be heard begging for the handcuffs to be removed, saying that they hurt.

Fresno Police Department did not immediately respond to PEOPLE’s request for comment.

In a stament to ABC 30, Fresno Police said, “This case is currently under Administrative Review. The review will include the examination of all the information pertaining to the officer’s contact including Body Worn Cameras.”

“He is only 16 years old; the only mistake he made was having a seizure,” Ramos’ sister told CNN, adding that he’s had five seizures since he was 5 years old.

She also said her brother left the hospital on Saturday but had to return the next day. He is now home recovering and is “not doing well.” 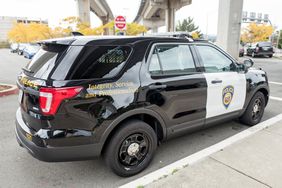 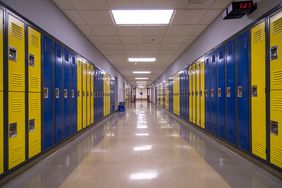 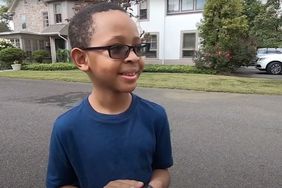 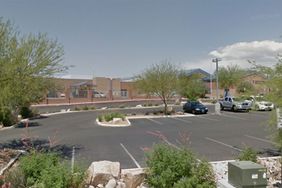