A 14-year-old girl was killed on Monday when rocks as big as 12 inches wide tumbled onto her family's car as they drove near Montana's Glacier National Park, reports say.

The family was traveling on Going-to-the-Sun Road near the East Tunnel around 7 p.m. when the rockslide happened, according to USA Today. Officials said the rocks, ranging from fist-sized to 12 inches in diameter, fell with enough debris to fill "the bed of a pickup truck."

The rocks reportedly hit the top of the car and shattered the rear windshield, according to USA Today. The two adults in the car were taken to a local hospital with significant bruising and the two other kids in the vehicle suffered minor injuries, the outlet reported.

"I could clearly hear a woman crying frantically, screaming, you know, 'Please help her. Someone please just help her,' " witness Pat Cummings told CBS News, noting that traffic came to a halt during the rockslide. "If there had been more cars probably closer together, I do think it could have been worse."

The teen's identity has not been made public.

"Whether it's rain, whether it's wind, you know, all of these things can cause rocks to fall," she continued. (Alley did not immediately respond to PEOPLE's request for comment.)

An air ambulance was deployed but unable to airlift the girl because of her "unstable condition," the park said, according to ABC News. She died on the way to the hospital.

"The park extends its deepest condolences to the girl's family, and thanks its partner emergency care providers for the significant response," park officials said, according to ABC. "The family asks for privacy at this time."

It took crews about three hours to move the damaged car and clear the debris after the rockfall, according to the Salt Lake Tribune. The last rockfall that resulted in a death on Going-to-the-Sun road was in 1996, the Tribune reported.

In May, one person was killed and two others were injured when a cluster of rocks tumbled onto a group's campsite on Mount Rainier in Washington.

Six people were camping while on their way to the summit of the mountain when the rockfall happened at an elevation of about 10,400 feet around 8 p.m., NBC News reported. They were in three pairs and were not with a guide service.

"It's just one of those things that can happen on an unstable mountain like this," National Park Service spokesperson Kevin Bacher said, according to NBC affiliate KING. "You can prepare for just about anything, but there's always going to be rocks that fall. It's part of the risk that's inherent to climbing an old volcano like Mount Rainier." 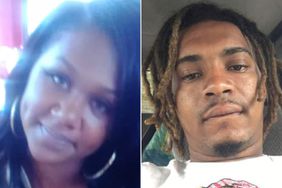 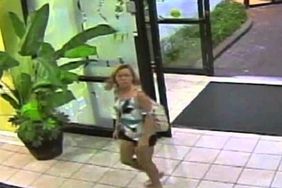