Doctors "remain astonished" Riley Stephens "doesn’t appear to have any other crash trauma" beyond the severe burns to 70% of his body, according to his family

Riley Stephens, the Montana man who survived a horrific plane crash that killed his parents on Sunday, is continuing to fight in the hospital.

In the days following the fatal crash, Riley has undergone multiple surgeries for his burns, which covered 70 percent of his body, according to a CaringBridge page set up to document his condition.

The most recent update, posted on Thursday evening by family spokesperson Zena Dell Lowe, stated that Riley "continues to be holding steady" and was "slightly more responsive today."

"His kidney levels are back to normal, and the PT team placed his arms in an outstretched position to combat the build-up of scar tissue, which will help preserve his full range of motion later," Dell Lowe wrote.

At one point during the day, Riley "opened his eyes for a moment" and shook his head to indicate that he did not want to listen to Kenny Chesney music, Dell Lowe said.

"For those who don't know, Riley passionately dislikes country music," Dell Lowe explained, noting that Riley "nodded to approve Pink Floyd instead" and later had a "Riley-approved" playlist created by his loved ones.

Doctors were also concerned about the presence of fluid in his lungs, worried that it may be pneumonia, but later realized that it was just from the extra fluids he's been given to keep his cells and tissues healthy, according to the update.

Riley is the sole survivor of a plane crash that occurred in Billings, Montana, on Sunday evening just before 7:30 p.m. local time. His parents, Rob and Pam Stephens, were pronounced dead at the scene.

It's unclear who was flying the plane at the time of the crash. Its cause remains under investigation by the Federal Aviation Administration and the National Transportation Safety Board.

Following the crash, Riley was taken to a local hospital before he was transferred to the University of Utah Burn Center in Salt Lake City, where he was placed in a medically-induced coma, according to his CaringBridge page.

Within days, Riley underwent two "painful" debridement procedures for his hands, chest and legs, with doctors revealing that "his chances of survival are 50/50."

On Friday, he was due for another surgery, Dell Lowe said.

"The fact that Riley is even alive is a miracle—not the fake kind, but the real deal. No one should have survived that crash," she wrote. "This week is the first crucial hurdle to overcome. We and continue to take each day as it comes."

Despite his severe condition, Dell Lowe pointed out that doctors have been pleased with how Riley has responded to everything.

"The doctors remain astonished that he doesn't appear to have any other crash trauma," Dell Lowe added. "His only major bodily injuries seem to be the burns, though they are observing his pancreas in case it was impacted when he was ejected from the plane."

On the most recent CaringBridge update, Dell Lowe also noted how Riley's siblings, Steele and Piper, have shown "remarkable courage" and "tremendous strength" as they take the lead with medical decisions, coordinate visitors for Riley and communicate his progress to family.

"The love these three siblings display for one another is astonishing," Dell Lowe wrote.

Amid Riley's recovery, a GoFundMe campaign has been set up to assist his family with medical expenses, travel and accommodations. As of Friday afternoon, it has raised over $51,000. 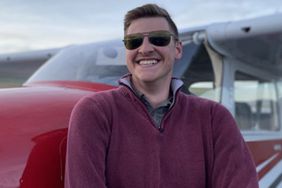 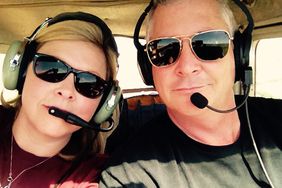 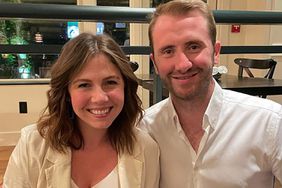 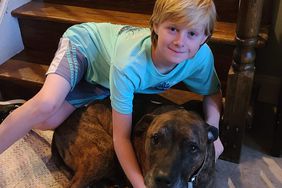