Smoke from the devastating wildfires that continue to ravage the West Coast has officially made its way across the country.

On Monday, several forecast offices in areas including New York, New Jersey and New England reported hazy skies as a result of the smoky air blowing thousands of miles east.

According to CNN, there are two separate swaths of smoke traveling across the country: one traveling across Michigan and the Great Lakes region and over to New York, and another moving southwest through Missouri, Illinois and Kentucky.

The National Weather Service New York office noted that the sky Monday had a "yellow or brown tinge" due to the smoke from the wildfires.

Forecasters added that the smoke is at 25,000 feet and not at the ground level, therefore it should not have any impact on the air quality.

According to New York Metro Weather, "widespread haze" is likely to appear Tuesday as well.

"The smoke will remain elevated between 15,000 and 20,000 feet above our heads, as visualized by this vertical cross section," the weather account tweeted.

"This is smoke lofted well aloft in the atmosphere emanating from the Western U.S. wildfires," the forecasting office tweeted.

As of Monday, nearly 16,600 firefighters were battling "25 major wildfires and two extended attack wildfires" across California. Wildfires in the state this year have burned over 3.2 million acres — which is about the size of Connecticut, according to Cal Fire.

Since Aug. 15, there have been 25 fatalities in the state and over 4,200 structures have been destroyed, Cal Fire said.

In Oregon, at least ten people have died in the 30 uncontrollable blazes, which have burned over 1 million acres according to the Washington Post.

“This could be the greatest loss of human lives and property due to wildfire in our state’s history,” Oregon Gov. Kate Brown said, CNN reported. “We are not getting any relief from the weather conditions. Winds continue to feed these fires and push them into our towns and cities.”

Meanwhile, in Washington, over 790,000 acres have been scorched and one death has been reported, according to The Seattle Times. Evacuations for over a thousand people have been issued so far, according to Gov. Jay Inslee.

In addition to the blazes, air quality warnings are being issued throughout much of California, Oregon and Washington, CNN reported. 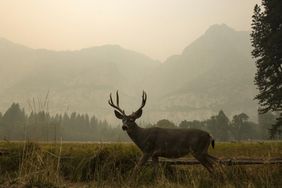 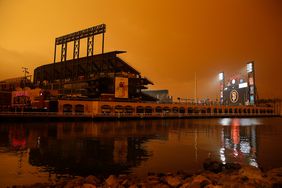 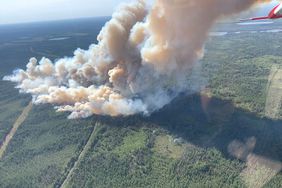 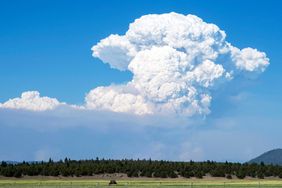