Three members of a South Dakota family, including a teenage girl, were killed in a head-on car crash in Montana that also injured her two siblings and killed the driver of the other vehicle, according to a GoFundMe and local reports.

Drew and Jennifer Hoefert died on July 31 in a crash near Whitehall alongside their 14-year-old daughter Abby Vitek, according to a GoFundMe page.

The couple's children Blayre and Cooper were reportedly hospitalized, and their condition remains unknown.

The fatal collision happened Saturday around 5 a.m. near mile marker 241 of I-90 between Butte and Whitehall, according to NBC/Fox affiliate KDLT, which identified the family as the victims in the crash.

The Montana Highway Patrol said a 45-year-old Spokane man was driving his Chevrolet Suburban eastbound in the westbound lanes when he struck the family's Chevrolet Traverse head-on, according to NBC affiliate KECI.

The man's car reportedly "rotated counterclockwise" and rolled down the interstate until it came to rest on the concrete median. He was pronounced dead at the scene, and officials suspect he may have been under the influence of drugs, according to CBS affiliate KRTV.

The Traverse, meanwhile, came to rest in a ditch, and three of the family members were also pronounced dead at the scene, KECI reported. Neither the woman nor the girl were wearing a seat belt, according to the outlet.

The couple's two youngest children, 8 and 2 years old, were transported to St. James Hospital in Butte, according to KRTV and the GoFundMe.

A family member wrote on Facebook that the group was on their way to visit Drew's brother when tragedy struck.

"Life can change in such a short amount of time. This should have been a fun week filled with happiness and love but now it is such a huge tragedy and so much sorrow," the family member wrote.

The GoFundMe page has so far raised more than $52,000 to help the Hartford family with medical expenses.

The Montana Highway Patrol did not immediately respond to PEOPLE's request for comment. 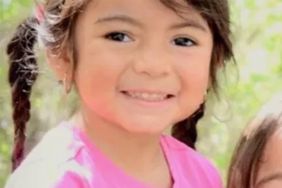