As a Florida sheriff’s deputy in law enforcement for nearly three decades, Robert Pounds has delivered plenty of speeding tickets over the years. But prior to this week, he’d never before delivered a baby.

Pounds put his many years of training to work early Tuesday when he helped deliver a baby girl on the side of the road after pulling her parents over for speeding.

The deputy had noticed a car going 63 mph in a 45 mph zone on Airport-Pulling Road in Collier County, and conducted a traffic stop around 4:30 a.m., the Collier County Sheriff’s Department said in a Facebook post.

As footage from the dash-cam shows, the car’s driver, Wilfrid Jean-Louis, explained the situation, prompting Pounds, a father of three, to spring into action.

“Officer, you have the right to stop me, I’m not even gonna lie,” Jean-Louis says in the video. “We have a baby coming out, look, look, look. That’s the reason why I’m speeding, officer. I don’t know what to do.”

“I don’t get shook up too easily, but this was a little nerve-wracking just because it was a newborn,” he told the Naples Daily News. “My training kicked in and I just wanted to help mom and the baby.”

As the sheriff’s office explained, Pounds made sure the baby was breathing properly, and waited for EMS to arrive and cut the cord. Mom and baby were then taken to the hospital.

“You’d be surprised — there’s several excuses you get for stopping somebody for speeding. That was a pretty reasonable excuse,” he joked to the outlet.

The new parents were certainly grateful for Pounds’ help, and even honored the deputy by naming their daughter Leila Robert Jean-Louis.

“It was only right. It was only fair,” Jean-Louis said, according to the Today. “He was there, and he did what I wasn’t able to do.” 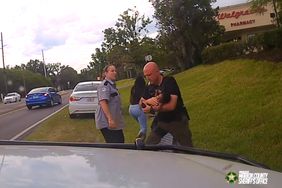 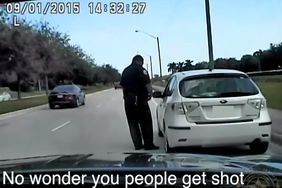 'No Wonder You People Get Shot:' Angry Driver Allegedly Makes Nasty Comment to Officer After She Is Stopped For Speeding in a School Zone 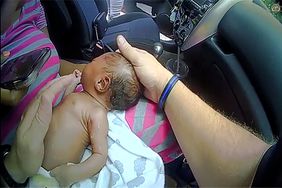 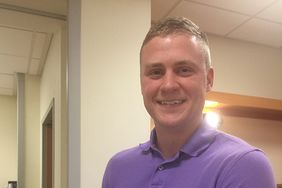