WEEK FIVE: Look out, ladies: This DWTS alum thinks he's the one to beat for that disco-ball trophy

It’s clear that everyone is really starting to rehearse and get into it. But this week I did know who was going home. Although Clyde seems like such a sweetheart, he just hasn’t improved since week one. It was really hard for him, I’m sure, with Elena being half of his size. Every time he moved it seemed so awkward because he’s so much bigger than her. It stinks that they had to fly to China in the middle of rehearsals. I’m sure they didn’t have much time to practice or sleep.

It was awesome to see Lisa Rinna come back and do her routine from Chicago. God, she looks better now than she was on the show. She must be rehearsing all day long! How cool for her that because of her DWTS experience she got a Broadway show.

This week was Apolo’s week. His and Julianne’s dance was unbelievable and Julianne’s outfit was awesome. They looked so good and clearly the 10s across the board proved that. My favorites are still killing it! It’s nice, too, to see my dark horses, John and Edyta, doing well, too. Although I know John probably won’t win, it’s still nice to see that he’s still in it.

Wait! I didn’t notice until last night that there are only two female celebrities left in the competition. Are the men beating the woman again this year??? We’re gonna have to wait and see.

Remember, get out there and vote! See you next week!

Shanna Moakler's 'Dancing' Blog: Who's in Her Final Four?

Shanna Moakler's 'Dancing' Blog: Joey and Kym – the Ones to Watch? 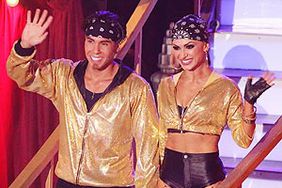 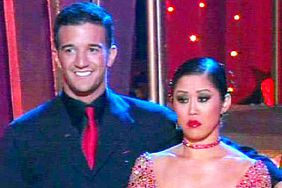