With Father's Day fast approaching, Seth Megow's four children have one goal in mind: To find their dad a wife

With Father’s Day fast approaching, Seth Megow’s four children have one goal in mind — to find their dad a wife.

“Every day, if we see someone, they walk up to them and go, ‘Hey, will you marry my dad?’ ” Megow, 33, tells PEOPLE. “They try to hook me up with everyone. Every woman we see, they’re like, ‘Dad! That girl’s pretty!’ They give me dating tips, like, ‘Dad, you should wear tight pants!’ ”

Megow has been divorced for nearly four years and is raising his four children — Stevie, 10; Neela, 8; Titus, 7, and 6-year-old Olive — on his own in Valdosta, Georgia.

“The first year of doing this by myself was a struggle. I don’t have much family here, so everything is my responsibility,” he says. “In the back of my head there’s always a million things to do. But I have the super coolest kids. They’re really, really, really funny.”

He says his children understand why he and their mother parted ways. Now, they’re determined to find him a partner.

“They get very annoyed with my apathetic approach to dating,” Megow tells PEOPLE. “I’m like, ‘I can just hang out with you.’ And they’re like, ‘Dad, please, God, are you ever gonna go on a date?’ ”

Megow says the kids put him in many “awkward situations,” asking random women to date him.

“My face turns red and I just look at the ground,” he tells PEOPLE. “Or I just pretend I don’t hear it.”

But the single dad, who first shared his story with Love What Matters, says he knows his kids just want to see him happy. He recalls Christmas 2016, in which his children gave him a special present: “a wife.”

“They just scribbled on a piece of paper, ‘A wife,’ tore it off and wrapped it in wrapping paper,” he says. “I busted out laughing. Neela, she’s the comedian. She says she really wants me to start going on dates so she can be a ‘third wheel.’ ”

Although the kids’ approach hasn’t been very effective, Megow says he’s snagged a few dates over the years — and says he’s perfectly content spending time with his children.

“One day I will get married. But until then, I’m just gonna keep going and living life and supporting my kids and my community,” he says. “Being a dad is really fun.” 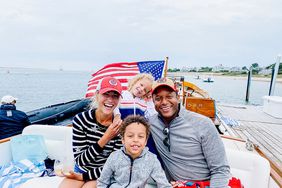 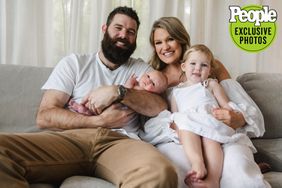 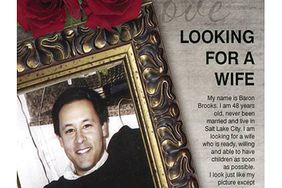 Matchmaking Dad Temporarily Postpones Wife Interviews for His Son but Says: 'I'm on the Right Track'

Matchmaking Dad Takes Out an Ad to Get His 48-Year-Old Son Hitched: 'If You Like to Wear Heels, It May Not Work'

Andrew Firestone and Ivana Open Up About Baby Brooks 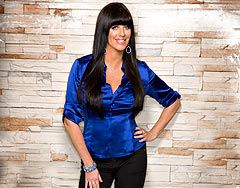 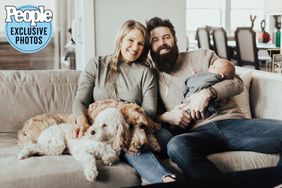