Nurse Allyn Pierce drove his truck through flames last week to help save patients at a Paradise, California, hospital

Allyn Pierce didn’t think he would survive last week when his truck was surrounded by flames as he attempted to escape the deadly blaze in Paradise, California.

Instead of driving to safety, the registered nurse decided to turn around — back into the flames.

Pierce, who reportedly manages the ICU at Adventist Health Feather River Hospital, helped evacuate patients from the burning hospital as the massive Camp Fire drew near Thursday morning. Shortly after, he rounded up a few of his colleagues and attempted to drive them to safety, according to New York Times reporter Jack Nicas.

“Like many residents in Paradise, they quickly hit gridlock,” Nicas wrote of the group in a tweet on Monday. “But unfortunately for them, they were stuck in the middle of the fire. Flames licked at the side of his truck, and as Allyn watched other cars catch fire, he thought his was next.”

With flames just outside his window, Pierce turned on a calming song — Peter Gabriel’s “In Your Eyes” — and recorded a goodbye message for his family, saying, “Just in case this doesn’t work out, I want you to know I really tried to make it out.”

Just then, a bulldozer appeared, clearing a burning vehicle out of Pierce’s way to he could flee. However, the nurse decided to risk his life once more, by returning to the hospital, according to Nicas. By the time he and the colleagues made it back to Feather River Hospital, Pierce’s white truck had burn marks on the sides, at least one of the trucks mirrors was damaged and the lights on the truck were melted.

Nurse Describes Harrowing Hospital Evacuation of Patients During California Fires: ‘We Had to Go’

They returned to the hospital and began helping injured residents who had gone to the facility for help, according to the Times. When the hospital caught on fire, he helped other medical staff move the patients to the hospital’s helipad. Everyone survived.

“Now all of us are like, ‘Oh, this is what we do,’ ” Pierce recalled to the Times. “We’re terrible at burning to death, but we’re amazing at taking care of people.”

How to Help Victims of California Wildfires

As thousand’s retweeted Pierce’s story on social media, Toyota officials offered to replace the man’s truck, writing in an Instagram comment: “We are humbled you’d risk your life and Toyota Tundra to drive people to safety. Don’t worry about your truck, we’re honored to get you a new one!”

Pierce wasn’t the only hero of the day. Tamara Ferguson, also a nurse at the hospital, detailed the harrowing evacuation in a Facebook post last week. Ferguson revealed that she and her co-workers ended up briefly caring for patients in the garage of a nearby home as they attempted to flee the burning area.

“We were an Awesome team of mostly strangers doing whatever we could as HAD to and we did phenomenal! … I honestly couldn’t believe I was alive, that I would see my family, kids, and boyfriend again. I called them and told them I made it,” Ferguson wrote, adding that she “will forever be changed by” that day.

The Camp Fire broke out on Thursday, killing at least 42 people and burning through 117,000 acres by Monday, according to the New York Times and CalFire. The fire has left several homes and other structures destroyed, and was only 30 percent contained by Monday.

Although thousands of firefighters are working to contain the blazes, the National Oceanic and Atmospheric Administration warns that “strong offshore” winds and low humidity “will promote conditions highly favorable” for a continued spread of the fires. 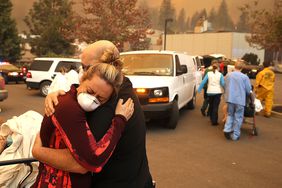 Nurse Describes Harrowing Hospital Evacuation of Patients During California Fires: 'We Had to Go' 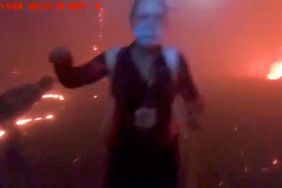 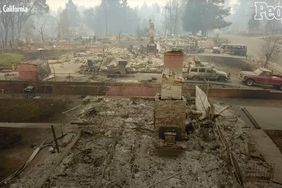 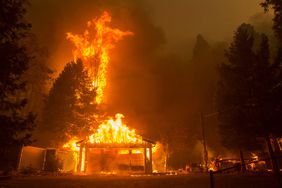 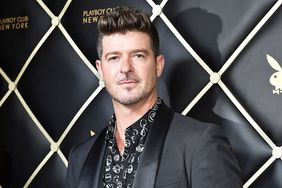 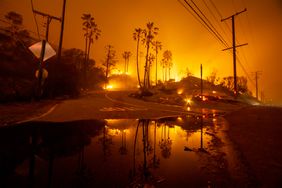 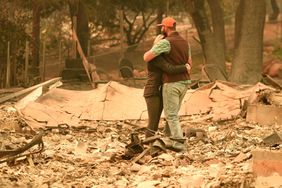 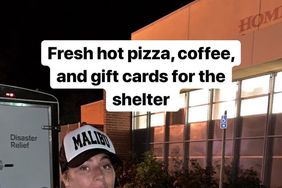 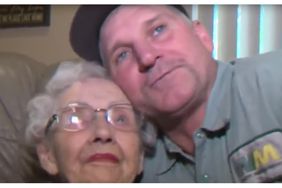 93-Year-Old Woman Is Saved from California Wildfires by Her Friend, the Garbage Collector 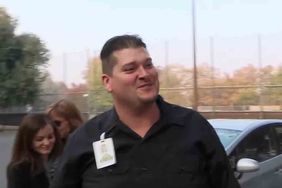