Cancer Patient Completes Marathon with Doctor Who Gave Him a New Hip: 'It Was Very Cool'

“Dr. Flint has made such a difference this entire journey... it means so much,” said Colin Jackson, who walked a marathon at the same time as his doctor

A San Diego doctor went the distance — literally — in order to show his support for a cancer patient who had set out to complete a marathon.

When Colin Jackson was diagnosed with chondrosarcoma in 2019, the then-37-year-old marathon competitor refused to let the health challenge put an end to his running days.

"I am not going to let cancer or not having my own hip, femur or glute muscles deter me from doing what I love," Jackson, now 39, said in a press release for UC San Diego News.

Even after undergoing surgery to reconstruct his hip and completing a lengthy rehab process, Jackson remained determined to return to marathons one day.

"I remember lying in my room at Jacobs Medical Center, bed-bound and unable to move after the surgery to remove the tumor and reconstruct my hip, and thinking 'I will complete a marathon again,'" Jackson recalled in the release. "'It will be tough to get there, but it's not impossible.'"

However, what he didn't expect was to have his doctor, James Flint, join him for the 26.2-mile trek. But that's exactly what happened on Jan. 17, according to UC San Diego News.

Despite being states apart — Jackson in Arizona and Flint in Southern California — the two were virtually by each other's side as they walked a marathon together and marked Jackson's post-surgery redemption.

"It was very cool to have Dr. Flint go through the emotions of 26.2 miles with me," Jackson said in the release.

"Dr. Flint has made such a difference this entire journey," the Pacific Beach-based commercial photographer added to The San Diego Union-Tribune. "I can't put it into words because it means so much."

Five years before Jackson was diagnosed with cancer, he started running in an effort to become healthier, according to UC San Diego News.

"I was morbidly obese. My doctor said, 'You need to make a change if you want to see your next birthday,'" recalled Jackson, who ran his first-ever mile in 28 minutes and 47 seconds, and finished in last place during his first marathon.

Eventually, he built up his stamina and set a goal to run three marathons in a year, the press release stated.

"Running a marathon changed my life," he explained. "It wasn't just about trying to maintain the weight loss, it also taught me how to battle the thoughts that plagued my mind in order to overcome."

His plans were disrupted in 2018 when Jackson was attacked while helping people experiencing homelessness in his neighborhood, according to UC San Diego News.

He suffered a skull fracture and a broken ankle, which left him unable to compete in his third marathon of the year. The pain from his injuries persisted until 2019, when he went to a doctor and was diagnosed with chondrosarcoma, the press release stated.

According to Johns Hopkins Medicine, chondrosarcoma is a type of bone cancer that develops in cartilage cells and primarily affects the femur, arm, pelvis and knee.

In Jackson's case, the cancer required him to have an endoprosthetic hip replacement with bone, joint and soft tissue reconstruction in September 2019, UC San Diego News said.

"That's a huge surgery," Flint, who performed the surgery, told the Union-Tribune. "That is tough to recover from, but you have a patient who was healthy before cancer, relatively young, was ambitious and wanted to get back to doing everything."

And he certainly did. During his recovery process, Jackson would often tell Flint about his desire to run again.

"He said, 'Can I run again?' and I said I don't recommend it ... but Colin was motivated," Flint recalled to the Union-Tribune. "When he brought up running a marathon again I said, half jokingly, 'I'm OK if you walk a marathon, and if you do it, I'll do it with you.'"

Flint stuck to his word, and although he was unable to physically join Jackson due to COVID-19 travel restrictions, the two supported each other along the way by video chatting.

Jackson also had the support of his friends and parents, who drove and walked beside him, as he completed his 12-hour, 32-minute and 32-second journey through Phoenix, Scottsdale and Tempe, according to UC San Diego News.

"It's scary what the body is able to do with what I have—what's real and what's prosthetic," Jackson said in the release after the marathon. "It was no more difficult than my cancer journey."

Today, Jackson is still battling cancer after it spread to his lungs last March, the Union-Tribune reported. Scans scheduled for this week will conclude whether the disease has returned for the third time.

"I'm still doing what I love. I'm just doing it differently. It changed how I move, but not how I live life," he told UC San Diego News. 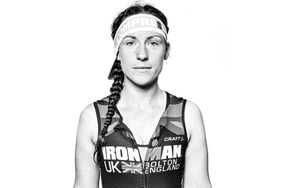 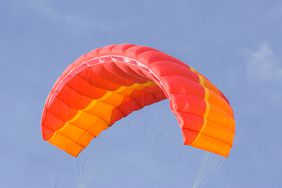 Man Dies in Front of Daughter While BASE Jumping from San Diego High-Rise: 'Absolutely Avoidable' 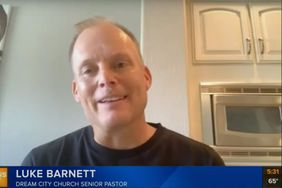