Richard Stolley, the Man Who Launched PEOPLE Magazine, Dies at 92

Richard B. "Dick" Stolley, the founding editor of PEOPLE whose belief in highlighting stories of ordinary people doing the extraordinary transformed the magazine industry forever, has died. He was 92.

Stolley, who was PEOPLE's Managing Editor when the magazine first graced newsstands in 1974, died of heart complications in Evanston, Illinois on Wednesday, with his family by his side, PEOPLE confirms.

"My father was an extraordinary man and we were all lucky to know him and have him in our lives," his daughter Melinda says.

"Dick Stolley was a legendary editor whose vision and execution established the most successful magazine of all time that America fell in love with. He was an amazing journalist whose work and magazine craft we still refer to every day at PEOPLE as it's still so relevant," Dan Wakeford, editor in chief, PEOPLE, says in a statement. "He wrote in his first editor's letter in 1974, 'PEOPLE will focus entirely on the active personalities of our time—in all fields. On the headliners, the stars, the important doers, the comers, and on plenty of ordinary men and women caught up in extraordinary situations.' And that is what we still do nearly 50 years later -- we tell stories of ordinary people doing extraordinary things and extraordinary people doing ordinary things. I'm indebted to Dick for creating a magazine with heart that is a force for good and continues to change millions of lives."

In addition to his lengthy tenure as a magazine editor, Stolley was also known for his reporting work at Life magazine, where he helped shed light on the triumphs and tragedies of the civil rights movement in the South — and for famously securing the Zapruder footage of the assassination of President John F. Kennedy in Dallas in 1963.

Born to a factory worker father and an English teacher mother, Stolley often said he knew by age 12 that his life's path had been set: He would become a journalist, and began his lengthy career editing his high school's newspaper in Illinois.

Though a well-respected editor and journalist in the years before PEOPLE, Stolley cemented his legacy in 1973, when he helped create PEOPLE magazine. Time Inc. Chairman Andrew Heiskell had decided, based on a suggestion from his wife Marian Sulzberger Heiskell, to spin off the People section of Time magazine into its own publication.

A test issue with Elizabeth Taylor and Richard Burton gracing the cover "flew off the newsstands," Stolley said in a 2015 interview, and the magazine launched in March 1974 with Stolley as editor.

"The one thing that I've always wanted to say, when we started, I said, this is not a celebrity magazine. This is personality journalism," he said. "And we will be doing stories all over the world, which we did and still do, and it will be on all people in all walks of life. Some will be well known, some will not. Our motto was, 'extraordinary people doing ordinary things, and ordinary people doing extraordinary things.' And the formula worked then and still does."

Listen below to our daily podcast PEOPLE Every Day for more on Richard "Dick" Stolley.

In the inaugural issue of PEOPLE, Stolley and the other editors said that the magazine would "come at everything fresh" and "peer into the lives of the hitherto undiscovered… with zest, sensitivity and good humor."

"As we say, we will concentrate on individuals rather than issues, on the force of personality, on what's happening to human beings and how those human beings react," the letter read.

The tried-and-true formula worked, and PEOPLE was a runaway success, thanks in part to the risks Stolley was willing to take, says longtime friend and former PEOPLE news editor Hal Wingo.

"Dick believed that any significant or fascinating story could be told if it could be told through the eyes or experience of a real person," says Wingo. "He had the most uncanny eye I ever encountered for seeing stories that no one else was telling in this very human way."

On April 23, 1996, Stolley, then 67, publicly declared just how much the magazine meant to him in his acceptance speech as he was inducted into the American Society of Magazine Editors Hall of Fame.

"PEOPLE has been the adventure in an adventurous life," Stolley said. "Which leads me to conclude that people who need people are not the luckiest people in the world. I am."

Though Stolley considered PEOPLE his greatest adventure, he was well-known, too, for his dogged, yet sensitive pursuit of Abraham Zapruder, a garment factory co-owner who managed to capture footage of Kennedy's assassination on 8 mm film.

As news of the assassination broke, Stolley, then Life's Los Angeles bureau chief, quickly jumped on a plane to Dallas, where he got a tip that Zapruder had inadvertently captured the fatal shooting on his home movie camera. Unlike the rest of the bidders, who were due to arrive at 9 a.m., Stolley got there at 8 a.m.

Stolley described his first interaction with Zapruder, whom he got on the phone by finding his listed number in the Dallas phone book, for Time in a first person article published Oct. 12, 2013.

"He politely explained that he was exhausted and overcome by what he had witnessed," Stolley wrote. "The decision I made next turned out to be quite possibly the most important of my career. In the news business, sometimes you push people hard, unsympathetically, without obvious remorse (even while you may be squirming inside). Sometimes, you don't. This, I felt intuitively, was one of those times you don't push. I reminded myself: This man had watched a murder. I said I understood. Clearly relieved, Zapruder asked me to come to his office at 9 the next morning."

Eventually, he was able to secure Zapruder's footage for Life magazine for $50,000 — an offer on behalf of Life that Zapruder's granddaughter Alexandra Zapruder told PEOPLE in 2016 was a "safe harbor in a sea of a sharks." (A week later, the amount was bumped to $150,000 to add additional rights for the magazine's use of the film.)

"Dick was told by Zapruder's business partner that the reason Life got the film was not because of the money, but because Dick had behaved, 'like a gentleman,'" says Wingo. "At every turn, when reporters were screaming at his front door without mercy, Zapruder was confident that the film would never be misused or exploited by Life with a man like Dick speaking for the magazine."

Of viewing the footage for the first time with his Life colleagues, Stolley told PEOPLE in 2016 that he'd "never seen anything like that on film or in real life."

"We all knew what had happened, but we had no idea what it looked like," Stolley said. "The three of us were standing and when frame 313 [played] – when his brain sprays up into the air – all of us went 'ugh!' It was amazing, as if we'd all been punched in the stomach simultaneously."

In addition to his roles at PEOPLE, Stolley served as both assistant managing editor and managing editor of Life magazine, as well as director of special projects for Time Inc.

During his time at Life, he was deeply embedded in coverage of the civil rights movement, capturing photographs that brought to life the struggles Black Americans were facing, such as the integration of schools in Arkansas and Tennessee.

"We were showing America what the face of hate and the face of courage looked like. And it helped bring about an understanding and a reconciliation in America that would not have occurred if the Life cameras had not been down there," he once said, according to a 2009 interview. 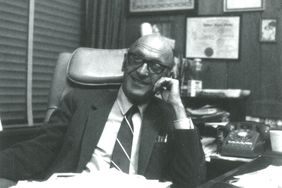 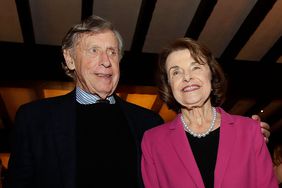 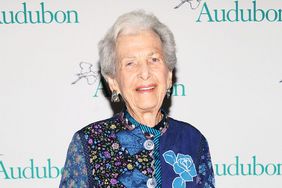 Marian Sulzberger Heiskell, Who Came up with the Idea for PEOPLE Magazine, Dies at 100 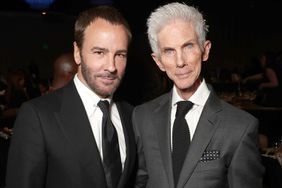 A Letter from the Chairman

Picks and Pans Review: That Day in Dallas