"Each time we see the impact on a child's face, I'm reminded this is why I do what I do," journalist Arwa Damon says

Arwa Damon is setting out to unify the world — and she's doing it one story at a time.

A senior international correspondent for CNN, Damon tells PEOPLE she has seen some of the best and worst of humanity while reporting on conflicts in the Middle East and North Africa.

Through her interactions with the residents of those areas, Damon was inspired to start her own charity called the International Network for Aid, Relief and Assistance (INARA).

The non-profit organization provides life-altering medical care to kids who have been injured in conflict zones or are unable to access treatment due to war, according to their website.

"When you see the joy on these kids and their parents, it's almost as if you're literally watching these layers of darkness just lift from them," Damon says of her charity's work. "Each time we see the impact on a child's face, I'm reminded this is why I do what I do."

Damon's idea for INARA dates back to 2007 after she helped a young boy in Baghdad named Youssif, who she says had been "horribly burnt to the point where his face had become a hardened mask of scar tissue."

Damon and her producer agreed to help Youssif by covering his story but were hesitant because of "viewer apathy toward the war in Iraq." However, after the story ran, Damon says viewers showed an overwhelmingly positive response to his personal tale.

"It's my favorite memory ever," she says. "It was insane. People from all over the world were emailing and calling... and everybody wanted to help this kid."

Youssif and his family eventually gained asylum in the U.S. and he was able to get medical attention. Today, he is enrolled in college, with plans to become a doctor or engineer, and doesn't even remember the attack, Damon notes.

"Because he got the assistance he needed, and all these strangers came together to want to help him, his life narrative shifted," she explains. "His life-defining moment went from being one that is cloaked in cruelty to one that is, instead, cloaked in kindness."

Four years after meeting Youssif, conflict arose in Syria — which Damon says sent her into a "whirlpool down into this dark mental pit."

After thinking back to Youssif's success story, she realized there was "something more to be done" and decided to "build an organization that can be specifically tailored to fill in these gaps in medical care and exist for injured or war impacted children."

The result was INARA, a Lebanon-based operation that has raised almost $4 million and assisted with more than 408 cases of injured children since its launch in 2015.

"A lot of it is word of mouth. We have a crazy waiting list," Damon explains, adding that they've recently started offering mental health programs, despite suffering from COVID-related financial struggles.

For many years, Damon's focus has been helping kids in Syria — a place she believes has the "greatest need" due to the ongoing war, yet has been shown an "extraordinary level of apathy."

"It's gutting. It literally feels as if someone is trying to rip your insides out," she says. "There are kids in refugee camps who have never stood underneath a hot shower in their entire life. They haven't slept in a bed, they sleep on these stinky, little thin mattresses on the floor of their tents."

"To go into Syria time and time again... and have people constantly asking us, 'Doesn't the world care?' to now see them today not even bother to ask that question, it hurts," she continues.

Through her work, Damon hopes she can help spread more awareness and concern for what's happening overseas, especially the crisis in Syria, which marks its 10th anniversary this month.

"We need to try harder as individuals at recognizing our similarities with others," she says. "It doesn't matter if you've never been in a war zone, everyone can relate."

"If you're a parent, you've had that one terrifying moment where you don't know what's going on with your kid. If you've been in love, what happens when the person you love gets taken away from you or you can't find them?" she notes. "Amplify that. These little shreds connect us."

"As human beings who share a planet, we have a moral obligation to care and educate ourselves about what's happening in other places," Damon adds. "I wish we lived in a kinder world, where being a 'humanitarian' was not a thing that was applauded, but rather the norm. I fundamentally believe that we can do better by each other, but for some reason, it's something we have to fight for. It's what I fight for."

Those interested in donating to INARA can do so here. 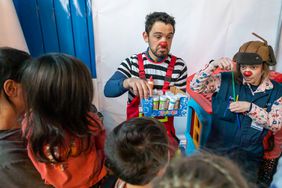 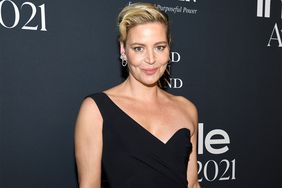 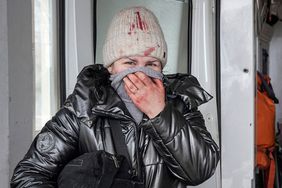