Remembering Newtown: How Two Women Bonded After Their Loved Ones Were Slain

The daughter and sister of two educators killed in Newtown bonded in grief, and found an extended family in each other

Erica Lafferty and Carlee Soto first remember seeing each other at the Newtown firehouse on Dec. 14, awaiting word of their relatives’ fate.

Earlier that morning, Erica’s mom, Sandy Hook school principal Dawn Hochsprung, 47, had rushed out of a meeting when she heard gunshots. As she ran toward the shooter, he gunned her down. He then burst into Vicki Soto’s first-grade class, just moments after she had herded a group of children into a closet.

Lanza shot the 27-year-old teacher, her aide, Anne Marie Murphy, and the five children Soto and Murphy tried to shield.

“Someone so close to Carlee and someone so close to me reacted in such a similar way without giving it a second thought. It makes me feel like I was meant to find her,” says 28-year-old Erica, Hochsprung’s youngest daughter.

In the months that followed, Erica and Vicki Soto’s youngest sister, Carlee, 20, bonded in their mutual grief. They have grown so close that Carlee says they are “now like sisters.”

“People forget there were six adults that were willing to do anything to stop this gunman from hurting the kids,” says Carlee. “My sister Vicki loved those kids more than anything and would do anything to protect them.”

After the massacre, the 11 students in her class who survived told police and their parents that Carlee’s sister, Vicki, was the first to be shot. “They saw her fall,” says Carlee. “She did whatever she could to save them.”

Says Erica, “From everything I know about Vicki and how she ran her classroom, she was just like my mom. No one was going to hurt her kids.”

Still numb with grief, both Carlee and Erica began volunteering this summer with Mayors Against Illegal Guns and taking bus trips across the country to speak about the need for background checks before purchasing a gun.

“I could only sit around and watch horrible things happen for so long,” says Erica.

Both women remained haunted by memories of how they lost their loved ones, and their understanding of each other’s pain was at times unspoken. One day, while walking down the street on a trip to the Virginia Tech campus, Carlee heard a jackhammer and began to panic.

“I didn’t know what a shotgun sounds like but I think of fast loud noises and I thought, ‘Is that what my sister heard when before she was killed?’ ” she says. “Erica told me to take deep breaths and assured me I would be okay. I didn’t have to explain anything.”

The support is mutual. “I can be crying or upset and she doesn’t have to ask me what’s wrong,” says Erica. “I’m the big sister Carlee needed and she’s the little sister that I’ve always wanted. I never had anybody that looks up to me like Carlee does. It’s helpful to me to be able to help her, but I don’t think she has any idea how therapeutic she is for me.”

Adds Carlee, “No way am I replacing my sister Vicki, but Erica is always there for me.”

A Principal and Her Teacher

“My mom loved Vicki,” says Erica. “She would come home with crazy, happy, bubbly stories about her. She would talk about those eyes because Vicki had these huge glowing eyes. She was trying to do the matchmaker thing.”

In turn, says Erica, “Vicki would go home and tell ridiculous stories about the crazy things my mom did, coming to school in a wedding dress as the book fairy.”

Now the two young women remember their loved ones through laughter and tears. When Erica didn’t want to be alone the night before Thanksgiving, she invited Carlee for a sleepover.

“Thanksgiving was the last holiday I had with my mom, and it was not an easy day,” says Erica. So the two spent the evening swapping memories: how Erica’s mom had hosted her last holiday meal at her new weekend home in the Adirondacks and how Carlee’s sister, Vicki, was “a Christmas diva” who insisted on picking out the perfect tree every year.

“Even if we are crying, it’s not a sad place for us to talk about them,” says Erica. “We can remember the good and we also understand the bad.”

Along with shared memories, the women have a bond they hold tight.

“With Carlee, I have a whole new family, two new sisters, a little brother, a mother and father,” says Erica of Soto’s family, which includes her older sister, Jillian, 25 and a younger brother, Matthew, 16.

“Now, they look out for me. The heartbreak of losing my mom will never go away, but my family grew on Dec. 14 because of the Sotos, and that is absolutely healing for me.”

Both the Soto and the Hochsprung families have launched college scholarship funds in memory of their loved ones. For more information, visit the Dawn Hochsprung Memorial Fund and The Official Vicki Leigh Soto Fund. 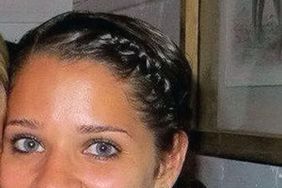 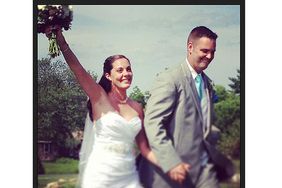 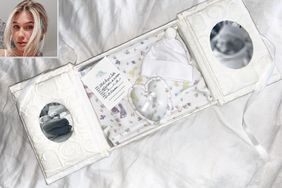 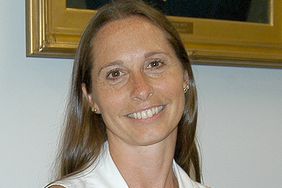