"The nature of a disability is an exclusion from many things. It feels good to break down these barriers," says Sabrina Cohen, who became paralyzed from the neck down at 14

A Florida woman who became paralyzed as a teen is using her injury as a force for good — and her efforts have since helped thousands of people.

Sabrina Cohen was 14 and on her way to a party with friends when the car she was riding in crashed near her home in Miami Beach, leaving her paralyzed from the neck down.

"Nothing was the same after that," Cohen tells PEOPLE in this week's Kindness Issue. "There is zero comprehension at 14 years old [about] what a spinal cord injury is."

"That was a very difficult time," adds Cohen, who endured multiple surgeries and spent two months in intensive care. "But I kept going, I never quit."

In the years that followed, Cohen, now 44, threw herself into advocacy work, running a nonprofit, the Sabrina Cohen Foundation, and promoting stem cell research for spinal injuries.

But one thing she never did — because it was impossible to navigate her heavy wheelchair through the sand — was return to her favorite place.

PEOPLE's third annual Kindness Issue is dedicated to highlighting the ways, big and small, that kindness can make a difference and change lives. Click here and pick up the issue, on stands Friday, Oct. 29, for more stories on the impact of kindness from Common, Uzo Aduba, Kathie Lee Gifford and other stars, as well as everyday people practicing kindness in their communities. To share the story of someone who's done something exceptionally kind, email kindnessawards@peoplemag.com.

All that changed in 2013, when Cohen realized there were countless people like her who love the ocean but can't access it.

"It was a gloriously sunny day in Miami Beach, I was with my colleague... and I was like, 'I want to get close to the water, I want to be by the water today,' " Cohen recalls of her a-ha moment. "And my colleague was like, 'But Sabrina, you can't.' And I'm like, 'Well, I'm going to do it anyways.' "

"So I started propelling my power wheelchair into the sand to get near the water and boom, I sunk," she continues. "The harder I tried to get out, the deeper my wheels got stuck in the sand. It was that moment of helplessness, coupled with an epiphany that more could be done, that made me and my colleague say, 'We need to do something about this beach access.' "

By 2016 she'd persuaded the city of Miami Beach to let her host twice-monthly beach days for individuals with disabilities, children and veterans with special needs and the elderly.

RELATED VIDEO: Woman Runs for the First Time Since 2015 After Spinal Stroke Left Her Paralyzed from Waist Down

Nearly a hundred volunteers, including physical therapists and lifeguards, now show up for the event, where participants can navigate the sand on temporary platforms and with specialized equipment, allowing them to swim, snorkel or lounge on the shore.

"It was a process and years of due diligence," Cohen explains of launching the beach days. "But to date, we've welcomed over 8,000 participants, family members, caretakers — from not only South Florida, primarily, but really from all over the world."

To contribute to our honorees' GoFundMe fundraisers — and read more stories of people spreading kindness in their communities and beyond — click here.

Cohen says she also got to participate in the event, getting back into the ocean for the first time in 20 years.

"The freedom of being in the ocean is such a beautiful experience," says Cohen. "It was pretty amazing. It felt magical and freeing."

Cohen's goal is to build a 27,000-square-foot, three-story building that will be open year-round and include a rooftop pool, storage space for beach days equipment, specialized locker rooms and changing rooms.

For more on Sabrina Cohen and the Kindness Awards, pick up the latest issue of PEOPLE, on newsstands Friday, or subscribe here.

"We can't just go under a regular shower because we'll damage a $30,000 wheelchair, so the locker rooms and changing rooms will prevent people from having to go home soaking wet," she explains. "And then the [pools] will allow for all types of indoor group and individual exercise classes and aqua therapy."

Being open all year was important to Cohen so that those who want to go to the beach don't have to wait for her special beach day program.

"For me, by doing it this way, we're going to create a model that cities around the world will replicate," says Cohen, who has created a GoFundMe page where people can contribute to her efforts. "The nature of a disability is an exclusion from many things. It feels good to break down these barriers."

Woman Paralyzed After Falling Off Balcony During Vacation: 'I'm Happier Than I've Ever Been'

Reflecting on all she's accomplished so far, Cohen believes she simply made the best out of the cards she was dealt.

"I don't want to say that I was injured for this reason, but this is my purpose now," she says. "The best use I could make out of my injury is to help other people through the same scenario."

"I always say, if you can survive a spinal cord injury, everything after that is cake," she adds. "There were many obstacles in getting to this point... but the stars are aligning." 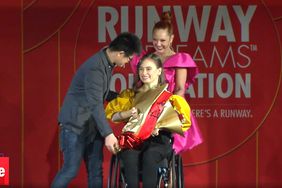 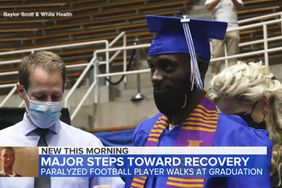 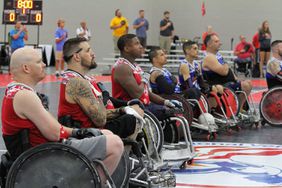 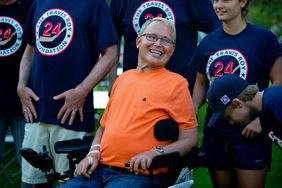 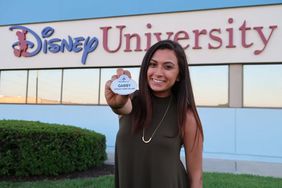 Disney Intern, 22, Paralyzed in Car Crash: 'When There Is a Will, There Is a Way,' Says Her Sister 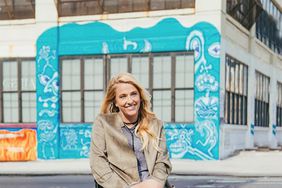 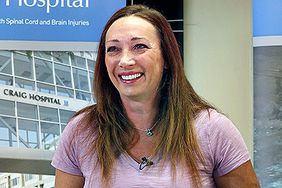 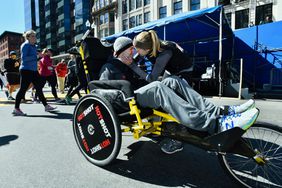