There's a Pumpkin Shortage in the U.S. — But Some Areas Won't Have a Problem

Pumpkin crops have taken a hit in some areas of the United States this year, which has led to less selection — and higher price tags this season

Although buying and carving pumpkins are a beloved Halloween tradition, supplies may not be so plentiful in some areas of the United States this year.

Pumpkin crops have taken a hit in areas across this nation, which has led to less selection — and higher price tags.

"Overall, it's not good," said Lyra Marble, owner of Mr. Bones Pumpkin Patch in California, according to ABC station WKRN.

She noted that drought conditions took a big hit on what is normally a "very predictable" crop yield.

"This year is the hardest I've seen for Californian grown pumpkins," Marble added.

Due to the lack of home-grown supply, this year Marble has had to source pumpkins from Oregon, which will necessarily increase their price for consumers.

"We usually plant 10 acres. This year, we only did half of that," remarked Danny Lopes, an owner of Farmer John's Pumpkin Farm.

In addition to the West Coast, shortages have been reported in a number of states, including North Carolina and Kansas.

Shoppers looking for particular kinds of pumpkin should also be prepared to shell out.

"In some cases prices have doubled," Marty Martinez of California's Orchard Nursery told KGO. "Especially for the specialty white ones. They can be hard to come by."

Other factors that have had an impact include a lack of labor as well as COVID-related shipping delays, according to Good Morning America.

Thanksgiving shoppers may even see their holidays plans impacted by the shortage.

"When you're ready for Thanksgiving and you're looking for that canned pumpkin, or if you're trying to buy it right now, you might not find the canned pumpkin on the shelves," Raghela Scavuzzo, executive director of the Illinois Specialty Growers Association, told NBC affiliate KSDK.

However, the shortage doesn't mean most people won't be able to purchase pumpkins this year. While one pumpkin buyer told GMA the shortage just meant they wouldn't have surplus supplies this year, it's business as usual for some areas.

"We have about a 20-acre pumpkin patch and we raise all of our own so we don't have to worry about getting them shipped," Andrea Crockett of Crockett Farms in Missouri told ABC station KQTV.

"It looks like we'll get through this year unscathed on the pumpkins," ​​Jimmy McCully of Amazin' Acres of Fun farm in Tennessee told WKRN. 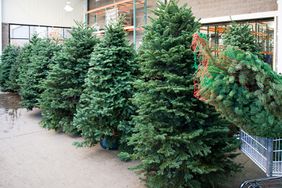 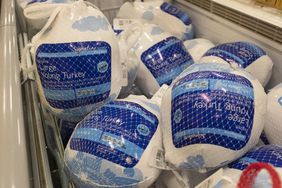 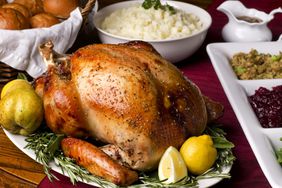