A South African lawyer was shot and killed by a falling gun in court on Monday in what has been described by local outlets as a “freak accident.”

Addelaid Ferreira Watt, 51, a senior state advocate, was in Ixopo regional court when a loaded gun on display fell and accidentally fired a shot, South African newspaper The Times reported.

The weapon was allegedly in court to be used as evidence in a home robbery case, police spokesperson Brig. Jay Naicker told the outlet in a statement.

Watt was struck in the left hip, and was taken to the hospital, where she died Monday afternoon, Naicker told the outlet.

“Unfortunately, we cannot divulge further information as the investigations are at a sensitive stage,” he added.

Police in nearby Umzimkhulu are investigating the incident as a case of culpable homicide, News24 reported.

The accident occurred in the southeast South African province of KwaZulu-Natal, and the area’s director of public prosecutions Elaine Zungu confirmed the death in a statement to the Times.

“It is with great sadness that I inform you of the passing on November 18 of senior state advocate Addelaid Ann Ferreira Watt of the office of the director of public prosecutions, Pietermaritzburg,” Zungu said. “Her untimely passing is mourned by all. Our thoughts and prayers are with her family during this difficult time. The family has requested that their privacy be respected.”

Watt’s Facebook page was flooded with tributes and messages of condolence on Tuesday from friends who remembered her as “a positive, wonderful lady.”

“We will miss you terribly. Adz you touched so many hearts,” a friend wrote. “Rest now my friend.”

“Addelaid Ferreira Watt you were a one in a million loved by all,” another wrote. “I am absolutely devastated to hear about your death. We had plans to meet today after you got back from Ixopo, which makes this even worse, as I was looking forward to seeing you again. Rest in peace my dearest friend you will be missed.” 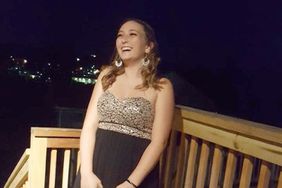