All month long, we are honoring those who have impacted the world with their activism, achievements and more

"Every generation of Americans has brought our Nation closer to fulfilling its promise of equality," President Obama wrote in his 2011 statement. "While progress has taken time, our achievements in advancing the rights of LGBT Americans remind us that history is on our side, and that the American people will never stop striving toward liberty and justice for all."

In his memoir titled Rainbow Warrior: My Life in Color, Baker wrote about how the earlier movement's pink triangle symbol needed to be replaced with something that represented the revolution in the late '70s more accurately.

"As a community, both local and international, gay people were in the midst of an upheaval, a battle for equal rights, a shift in status where we were now demanding power, taking it," he wrote. "This was our new revolution: a tribal, individualistic, and collective vision. It deserved a new symbol."

It was later at San Francisco's Winterland Ballroom when Baker had an epiphany, recalling, "A rainbow. That's the moment when I knew exactly what kind of flag I would make."

"A Rainbow Flag was a conscious choice, natural and necessary. The rainbow came from earliest recorded history as a symbol of hope," he continued, adding, "Now the rioters who claimed their freedom at the Stonewall Bar in 1969 would have their own symbol of liberation."

Baker died of natural causes in March of 2017.

During her fight to become Japan's first-ever openly gay member of parliament, Otsuji and girlfriend Maki Kimura decided to get married in Tokyo, during a time when their union was not recognized legally.

Although she did not end up winning the race, her revolutionary act was a big push for the LGBTQ moment.

"Ten years ago, it would have been impossible for me to stand as the official candidate of a major party," Otsuji told The Scotsman, as reported by Pride Source, at the time. "I want to give all kinds of minorities in Japan a voice to express themselves in the political world … single mothers, the victims of domestic violence, common-law couples who do not have the same rights as married people — not just gays and lesbians."

According to Human Rights Watch, "Japan currently does not have any national legislation protecting LGBT people from discrimination."

Chicago LGBT Hall of Fame inductee Gerber is best known for co-founding the Society of Human Rights in 1924. The pioneering non-profit was the first of its kind and distributed a newsletter, Friendship and Freedom, which was sent to a small membership.

However, in July 1925, a wife of one of the co-founders reported her bisexual husband to police, resulting in a police raid that got Gerber and several other members arrested. The costly trials left the gay rights activist broke and without a job, causing the organization to fold.

Gerber died in December 1972, but lived to see the Stonewall Riots, which would lead to another important push for the LGBTQ movement in the U.S. and around the world.

The Centers for Disease Control and Prevention's Morbidity and Mortality Weekly Report (MMWR) announced that five gay men in Los Angeles had contracted a rare type of pneumonia, which would later be known as acquired immunodeficiency syndrome, or AIDs. Once deemed a pandemic, AIDs is on the decline as a leading cause of death among younger men in the United States, falling to 19th in 2019.

Heakin was leaving a Pride event at Stonewall Tavern when he was followed by four teenagers, who then beat him to death. His killers were tried as juveniles and only received probation for what was determined a hate crime. The sentence shocked and outraged Tucson residents, who then rallied to demand justice for the slain 21-year old.

As a result of their actions, the city became one of the first in the nation to add sexual orientation to its anti-discrimination laws the following year, according to Tucson.com.

The British mathematician is known as the father of computer science and artificial intelligence, as well as for his role in breaking Nazi codes during World War II. Turing was convicted of "gross indecency," after it was revealed that he had a male lover at his home, and forced to endure chemical castration.

Although his death by poisoning two years later became widely considered suicide, his mother and others who knew him best argued that it was an accident.

"He was a national treasure, and we hounded him to his death," John Graham-Cumming, a computer scientist, told the New York Times.

It wasn't until 1967 when Britain began steps to decriminalize homosexuality, according to the New York Times.

Turing is remembered as one of the most innovative and influential scholars of the 20th century. 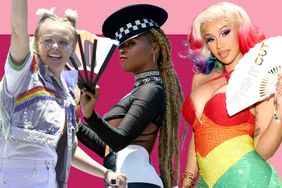 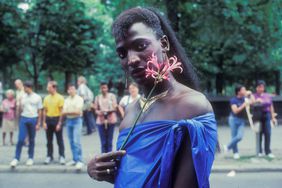 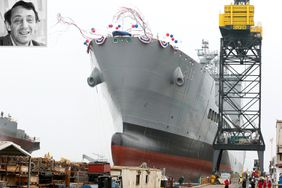 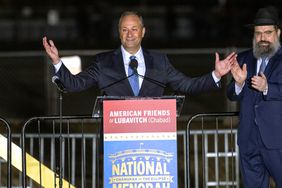 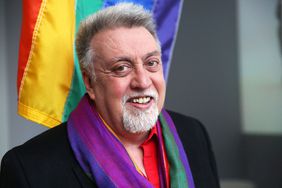 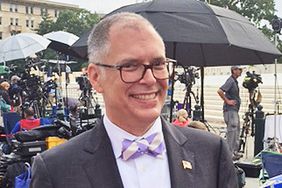