From now until July 4, 2017, submit the name of the hero in your life for an award inspired by the valor 24-year-old Welles Crowther showed on 9/11

He became known as “the Man in the Red Bandanna” for saving lives on 9/11.

During the Sept. 11, 2001, terror attacks in New York City, equities trader Welles Crowther used his skills as a volunteer firefighter to direct dazed and injured workers on the 78th floor of the World Trade Center’s south tower to safety, hoisting one injured woman over his shoulder and carrying her downstairs.

While Welles, 24, rescued people, he used the trusty red bandanna his father, Jefferson, had taught him to carry with him, to protect his nose and mouth thick clouds of dust and smoke that choked the air after a second hijacked plane slammed into the south tower.

For more on Welles Crowther and his heroism on 9/11, pick up a copy of this week’s PEOPLE, on newsstands Friday.

Welles, who is believed to have saved at least 18 people, lost his own life when the south tower collapsed. On March 19, 2002, six months after the attacks, his body was found on the building’s ground floor at a command center the New York Fire Department set up that morning. His parents were told that Welles and other firefighters were going to head back upstairs with a “jaws of life” tool to rescue people who were trapped under debris.

“He died saving lives,” says his mother, Alison Crowther, tells PEOPLE. “He will always be a hero to me.”

A hero whose legacy lives on.

This week, PEOPLE announced that it is joining the American Heroes Channel (AHC) and the Welles Remy Crowther Charitable Trust to celebrate Welles’ life as well as men and women who exemplify his selfless courage with the third annual Red Bandanna Hero Award.

Now through July 4, 2017, you can nominate someone who has made a difference in people’s lives in an extraordinary way by visiting AHCtv.com/redbandanna.

The winner will receive a $10,000 donation to the charity of his or her choice and be featured in PEOPLE, as well as in an hour-long special airing on AHC in the fall.

The prize also includes a trip for two to attend the awards ceremony at a special Red Bandanna Football Game at Boston College on October 7.

In 2015, the inaugural awards recipient was Jake LaFerriere, a Minneapolis firefighter who founded the non-profit organization, Firefighters for Healing to support young burn survivors and their families.

Alison and Welles’s father, Jefferson, are proud of the Red Bandanna Hero Award that was created in honor of their son.

The award, says Alison, “elevates everybody.” 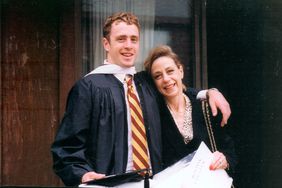 9/11 Hero Welles Crowther, 'the Man in the Red Bandana,' Still Inspires Others to Do Good 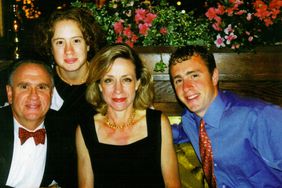 'He Died Saving Lives, I Weep for Him Every Day' — Father Honors Son's Heroism on 9/11 as PEOPLE Launches 'The Red Bandanna Hero Award' 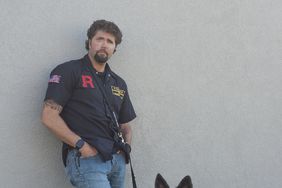 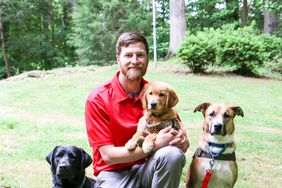 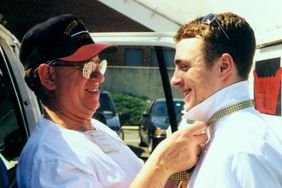