"I did not choose this path, but it's the path that I am on. So I will fight like hell to greet tomorrow's dawn," Frank Mongiello tells PEOPLE

In May 2015, after a long day trimming the bushes in his backyard, Frank Mongiello thought he had simply overdone it when his right arm suddenly became weak.

But when his speech became slurred and he began to stumble and fall unexplainably, the Federal Reserve Board employee from Yardley, Pennsylvania, knew that something must be seriously wrong.

Four months later, after visits to several doctors, Frank’s fears were confirmed: He had ALS, also known as Lou Gehrig’s Disease, a fatal nervous system affliction that would take away his ability to walk, talk, swallow and breathe in three to five years.

“My heart fell through the floor and I wept uncontrollably as the (medical) intern struggled to console me,” Frank, 49, tells PEOPLE, using eye gaze technology to communicate, now that he can no longer speak. “I drove home crying most of the way.”

After breaking the news to his wife, Marilyn, and their six children, Frank decided that he would do whatever he could to make his remaining years count. He and his family now devote their lives to campaigning for all terminally ill Americans who are desperate for hope.

The Mangiellos want to give anyone suffering from a terminal illness immediate access to breakthrough treatments that have not yet received full FDA approval. With Right to Try legislation now passed in 33 states, their goal is to get a national law passed in Congress this year.

The legislation has the support of Vice President Mike Pence, who was touched by a question asked by Frank’s 11-year-old son, Zack, at a political rally in Lancaster, Pennsylvania, last year.

“I know you passed it in your state (Indiana), so my question is, ‘Will you and Donald Trump, when you’re elected, support the Right to Try?” Zack asked. “Both my father and our friend, Matt, have ALS, so they’re dying.” As Zack fought back tears, Pence left the stage and embraced him in a hug. “We’re going to get it done,” he promised.

“With more than 1 million Americans dying from a terminal illness every year, it’s past time for people to have access to experimental, life-prolonging treatments that are restricted due to FDA regulations,” says Marilyn Mongiello, 51, who is now Frank’s full-time caretaker and blogs about the family’s journey with ALS on Facebook.

“We’re not just fighting for us — we’re fighting for everyone,” she tells PEOPLE. “Time is of the essence. Each person with a terminal illness is unique and is somebody’s loved one. There are special people dying who don’t have the liberty of time. In five months, 10 months, a year, they could be gone. They need access to these treatments now, not in the five or 15 years it can take for FDA approval.”

Not knowing how many months or years he has left (he currently needs a feeding tube and will eventually need a tracheotomy), Frank feels an urgency to get national legislation passed. In the past year, he has testified at four Congressional hearings and has met with more than 100 U.S. representatives and senators.

“Frank Mongiello is a leader, in his family life, his community and in his new public mission to alleviate suffering and save lives,” says former Pennsylvania Congressman Mike Fitzpatrick, who worked with the Mangiellos last year. (He did not seek re-election.) “You will not witness a more inspiring set of voices than Frank and his amazing and supportive family on Capitol Hill, fighting for his right to try and the nation’s right to try.”

“As we watch the Mongiello family grapple with Frank’s ALS and battle for all Americans’ rights, we are in awe of how determined and persistent they are to fight the fight and give all Americans hope,” adds Valerie Mihalek, a close family friend who has helped with their Right to Try campaign. “It’s probably too late to help Frank, but generations to come will benefit from his unselfish efforts.”

Watching their father lose his ability to move, speak and feed himself has been difficult for the Mangiello children, Ilyssa, 21, Eric, 20, Alexis, 18, Samantha, 15, and twins Zack and Zoe, 11. But they find courage and positivity in his unwavering determination.

“What matters in life is not what you say, but what you do,” Eric tells PEOPLE. “Dealing with my father’s terminal illness has been crippling for me to grasp because a part of me wants to deny its existence. But being naive will not help find a cure, so I’m taking a stand for my father and the millions of other Americans who need this bill passed.”

Samantha says she dreams of a fairy tale wedding one day, but now realizes that her dad will likely not be there to walk her down the aisle.

“When he lost the ability to walk and needed a wheelchair, reality started to set in,” she says. “The reality is that my dad has a fast progression of ALS and is dying of a terminal illness. How does a teenager cope with her dad dying? All you really can do is hope and pray for a cure.”

Frank says he draws strength from Marilyn and his children, in addition to people worldwide who have lost their voices and mobility to ALS.

“For me, failure is not an option,” he tells PEOPLE. “I look at it this way: I did not choose this path, but it’s the path that I am on. So I will fight like hell to greet tomorrow’s dawn.” 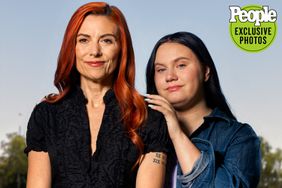 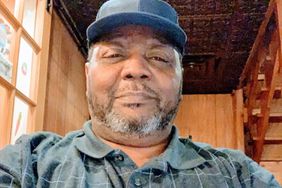 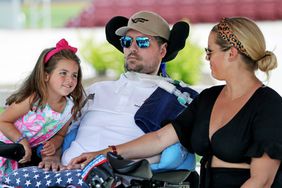