"I cried reading some of them," Patty Beam tells PEOPLE of the cards she's received

As the holidays neared, all Patty Beam could think about was the thousands of soldiers deployed overseas that would be alone on Christmas.

“I’ve always had this love for the military and everything they do for us,” Beam, 48, tells PEOPLE in this week's issue. “I wanted to pay it forward somehow.”

For the past 15 months, Beam has worked as the front-of-house manager at the Quaker Steak & Lube, a fun, motor-themed restaurant in Johnstown, Pennsylvania. On Dec. 1, Beam decided to set out a wicker basket at the front of the restaurant encouraging customers to drop off holiday cards for service members.

But residents flocked to the restaurant to show their support — and within weeks, Beam had collected more than 3,000 cards.

“It makes me emotional,” she says. “People with family, friends in the military will come in and share their stories [and] you can’t help but tear up.”

She continues: “There are days when I’m about to leave the store and I look at the tables we have overflowing with cards and think, ‘How lucky are we?’”

One woman, whose husband Beam says died while he was deployed overseas, dropped off about 300 cards recently.

“Everyone that has come into the restaurant has thanked us tremendously for what we’re doing, but I always tell them, no thanks needed, we need to thank you,” she says. “The freedom we enjoy today is because they make sure that we’re safe."

A local elementary school also dropped off a stuffed bag of 150 cards signed by its students. “I hope you have a snowy Christmas,” one child scribbled on a blue and white card. “I’m sorry that you and the rest of the soldiers can’t spend time with your family,” another wrote next to a drawing of a soldier saluting the American flag.

For more on Patty's card project, pick up the latest issue of PEOPLE, on newsstands Friday, or subscribe here.

Every week, Beam has dropped off a heavy bag full of cards to the Army Recruiting Office in Johnstown, which has helped mail and deliver them. Though the office can’t disclose exactly where the letters will be going, Beam requested they be divided evenly among the Army, Marines and Navy.

Fla. Woman Delivers Over 100 Christmas Trees to Families in Need: 'It Brings About a Peace'

“I want these soldiers to know that when they come home, they won’t just be coming home to their friends or families, but a whole community that’s cheering them on,” she says.

Army Sergeant First Class Jason Gidney, 42, who has helped get the cards shipped out, says the cards are “so thoughtful” and have made a lot of troops happy.

“They’re giving service members [a sense of] family," he says, "when their family isn’t able to be around.” 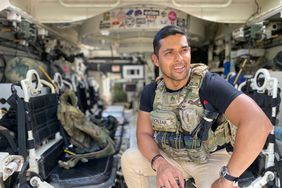 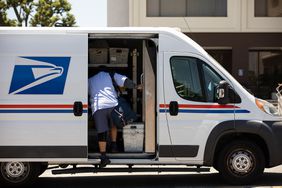 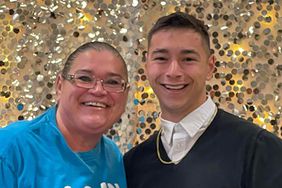 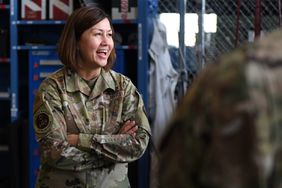 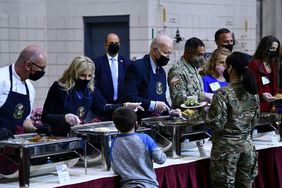