Ore. Woman Rescued After Falling Down Volcanic Vent Covered in Snow: 'I Was Terrified'

Caroline Sundbaum fell into a fumarole on Oregon's Mt. Hood on Sunday and was rescued by a nearby hiker

A woman skiing with her husband on Friday afternoon was rescued after she fell into a 15-foot volcanic vent hidden beneath the snow on Oregon's Mt. Hood, which is considered a potentially active volcano.

According to the Clackamas County Sheriff's Office, Caroline Sundbaum fell into the hole known as a "fumarole" while near the top of the 11,240-foot high volcano.

Fumaroles are openings in the earth's crust that let out steam and other volcanic gases, including sulfur dioxide and carbon dioxide.

Another climber in the area told authorities that he noticed Sundbaum sit down to rest just before she fell. When he looked back a short time later, he saw a hole had formed in the snow where she had been sitting.

"It's fortunate another climber witnessed this incident — it would have been extremely difficult to locate Sundbaum otherwise, and the air inside fumaroles can be toxic and potentially deadly," the sheriff's office said in a statement.

"The witness called 911 and then took immediate action," the statement continued. "He was able to make his way to the fumarole and lower rope down to Sundbaum. She was able to secure herself with the rope and was hoisted out to safety around 2:30 p.m."

Sundbaum told Fox affiliate KPTV that she sat down at the spot to wait for her husband and friend to return to the area from the summit so they could ski back down as a group.

"I sat on my pack and it all came out from underneath me,” she recalled to the news station.

"I was terrified — very concerned that the snow was gonna fall on me and suffocate me," she added to Good Morning America.

Sundbaum said she initially fell about five feet before sliding further down the hole, injuring her shoulder in the process.

Fortunately, the hiker soon came to help her out of the fumarole.

"He heard me," Sundbaum said of the man who came to her rescue. "He sort of yelled at me to see how I was doing, asked me if I was breathing.

"I said I was breathing, he said hang tight I need to get a rope and anchor myself in," she continued.

The sheriff's office said members from several other rescue operations also arrived at the scene after the 911 call came in. In its statement, the sheriff's office emphasized how dangerous the situation could have been if not for the quick thinking of Sundbaum's eventual rescuer.

"Portland Mountain Rescue has developed safety protocols for its rescuers that govern how and when they can enter a fumarole cavity for a rescue," the department said. "These protocols include continuously monitoring toxic gases, wearing air-purifying respirators, and employing safety systems for rapid extraction if something goes wrong."

"In some cases," it continued, "PMR's protocols prohibit rescuers from entering a fumarole cavity — even to save a life."

The statement also warned that fumarole cavities typically form in the same general areas every year, and can be spotted by depressions in the snow surface or open holes in the snow. 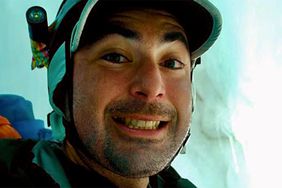 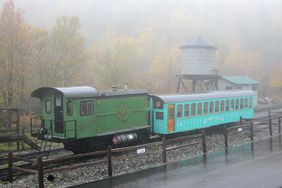 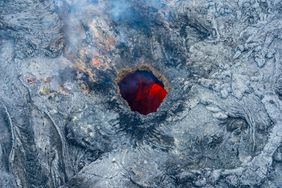 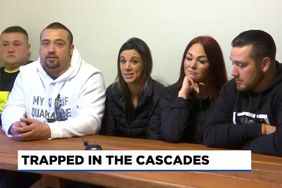 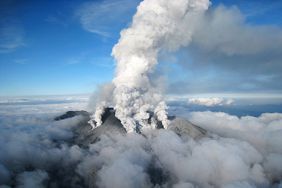 An Odd, Brave American, Phil Snyder, Is the Angel of Mount Kenya

In a Bowl of Fire 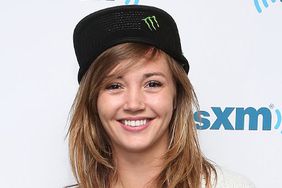