NPS highlighted the occasion by posting an Instagram in Soskin's honor, writing, "Over the past decade and a half, Ranger Betty has shared her experiences as well as the efforts and sacrifices of women from diverse backgrounds living and working on the World War II home front."

The park service also posted a photo of Soskin in her ranger uniform and added several hashtags, including, "⁣⁣#RangerBetty100," "#FindYourInnerBetty" and "#BeLikeBetty"

Her decision to join came after Soskin served as a NPS consultant while they were researching the formation of the park. At the time, she was the only person of color in the room and became an integral part of making sure the park didn't erase its history of racial segregation.

Her tours have since become some of the most popular, with Soskin often discussing her unique backstory, which includes working at a segregated union hall as a file clerk during World War II and later becoming a political and community activist and songwriter during the civil rights movement.

"Though I am not a trained historian — my tours are necessarily a way to share my oral history with the public," Soskin explained during a 2015 interview with the TODAY show. "I tell the story of the African-American workers."

That same year, she was recognized by President Barack Obama, given a coin with the presidential seal and awarded the silver service medallion by the National WWII Museum.

Tragically in 2016, an intruder broke into her home, beat her and stole her commemorative coin. Just three weeks later, she returned to work.

"I had to move the lens out," Soskin said at a press conference when she returned to the park. "I began to see myself as part of the whole. The violence we are suffering individually is an expression of what we are all experiencing collectively."

These days, she continues to work at the park — but is seldom seen in public without her ranger uniform, according to Today.

"When I'm on the streets or on an escalator or elevator, I am making every little girl of color aware of a career choice she may not have known she had," she told the outlet during her interview. "That's important."

Ahead of Soskin's birthday on Wednesday, the Rosie the Riveter NPS Instagram page announced that the Eastern National's Passport To Your National Parks had created a special cancellation stamp in her honor.

The limited-edition ink stamp is available at the Visitor Education Center at Rosie the Riveter WWII Home Front National Historical Park and virtually, per the post.

In response to the Instagram tributes, users were quick to celebrate Soskin for her milestone birthday and service to the parks in the comments section.

"Ranger Betty is a national treasure. It was a privilege to meet her!" wrote one user.

"What an icon and inspiration!!" wrote another.

"She is amazing. Definitely striving to #BeLikeBetty" added someone else. 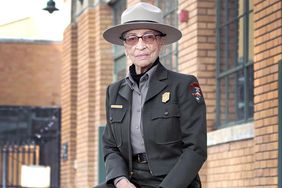 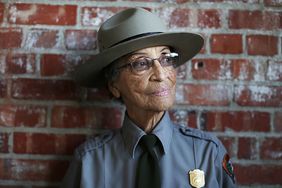 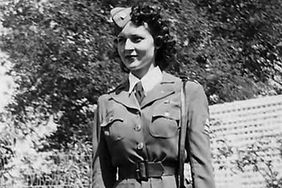 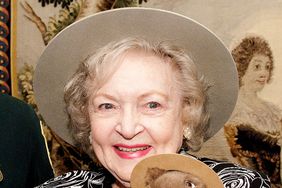 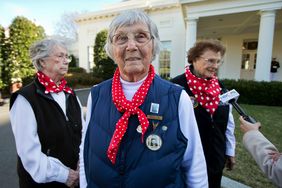 Phyllis Gould, One of the Original 'Rosie the Riveters,' Dies at 99: 'She Did It All' 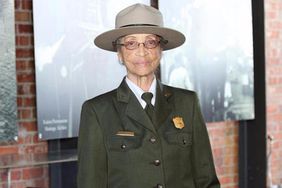