Ohio Foster Dad Who Adopted 5 Siblings Marks First Holiday Season as a Family: 'I Am Grateful'

With the holiday season in full gear, Robert Carter is embracing every second with his children.

The proud dad, who reunited five siblings as a foster parent before adopting them this fall, tells PEOPLE that he and his kids are excited to mark their first Thanksgiving and Christmas together as a family.

"Heading into the holidays, we are doing great," Carter, 29, says of the bunch, including sons Robert, 9, Giovanni, 5, and Kiontae, 4, and his daughters Marionna, 10, and Makayla, 7. "To be able to celebrate our first holiday as an official family, it feels amazing."

For Thanksgiving, Carter says his family will be doing "a small gathering," marking a major change. As the "glue" to his extended family, the dad of five says he normally invites his seven siblings and their combined 10 children plus his mom, grandma, aunt, cousins and in-laws to his house — but "due to COVID, we can't all get together this year," Carter says.

"The kids were a little disappointed that not all our family will be here," he says. "We usually do a kids sleepover after the holidays and we have fun until all the kids fall asleep, but we won't be able to do that this year."

Though the coronavirus pandemic altered the family's holiday plans, it certainly hasn't taken away from the joy Carter has been feeling since adopting the five siblings on Oct. 30.

A foster child himself, Carter had been separated from his own siblings as a young boy. He grasped the emotional trauma it caused and refused to let that happen again — so he set out to find the boys' two sisters and reunite them.

In June 2019, Carter brought the kids together after six months apart. Then he welcomed all five into his home by January. It wasn't until last month, however, that Carter officially became the kids' father.

In the time since then, Carter says his family has received an overwhelming "outpour of support."

"Life has been non-stop with people reaching out, congratulating me on my new family [and] telling me how much I inspired them," he shares. "People have sent my kids shoes, letters, cards, art and much more."

"Seeing so many people coming together for what started as just me trying to keep five innocent kids together has been eye-opening," he goes on. "There's so much negative stuff going on in the world, so for people to be reaching out to help us, to share their story with me... has been truly amazing."

Some people have even reached out to Carter, asking if they could "adopt" his family for Christmas. The concept entails people, businesses and organizations "adopting" a family in need and personally delivering gifts to make their holiday season special.

For the dad of five, who owns his own salon in Cincinnati, that gesture has meant more than words can describe.

"Throughout my whole life, I've had to work for everything I have," he explains. "I work as hard as I do to give my kids the life I didn’t have, so for people to take care of Christmas for my kids is not only a blessing but also some weight lifted off of me."

RELATED VIDEO: Foster Dad, 29, Adopts 5 Siblings After Refusing to Keep Them Separated: 'They Give Me Purpose'

With 2020 coming to an end, Carter says he's looking forward to what the new year will bring him and his children.

"I'm hoping that in 2021 things get back on track for everyone and we have a more positive, productive year," he says. "I can't wait to see what memories we make this year."

"I am grateful for my family and that the world has hope again," Carter adds. "[The kids] give me purpose, they give me the push I need. They are my drive, my heart, my air, my everything!" 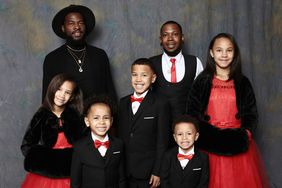 Foster Dad, 29, Adopts 5 Siblings After Refusing to Keep Them Separated: 'They Give Me Purpose' 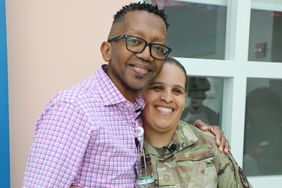