Over 11,000 people are following shark attack victim Kiersten Yow's updates on a Facebook page where she frequently posts about her road to recovery

The 12-year-old girl, who was attacked by a shark on June 14 in North Carolina and lost her arm, continues to make progress every day – and was even able to beat her mom in a Wii tennis match at the hospital.

In a recent post on the Facebook page dedicated to updating Kiersten Yow’s progress, her family wrote that she walked the halls of the hospital and participated in the “Oreo challenge.”

On Father’s Day, she also posed for a photo with her dad and grandfather.

Yow, who was in Oak Island, North Carolina, on vacation when the incident happened, wasn’t the only person who encountered a shark that day.

Just 90 minutes after she was bitten by a shark, 16-year-old Hunter Treschl of Colorado Springs, Colorado, was attacked. He lost his arm below the shoulder, was treated at New Hanover Regional Medical Center and went home last week.

Treschl has maintained a positive outlook as he begins his road to recovery.

“I’ve lost my arm obviously, so I have two options: I can try to live my life the way I was and make an effort to do that even though I don’t have an arm, or I can just let this be completely debilitating and bring my life down and ruin it,” he said in a statement released by his family. “Out of those two, there’s really only one that I would actually choose, and that’s to try to fight and live a normal life with the cards I’ve been dealt,” he said. 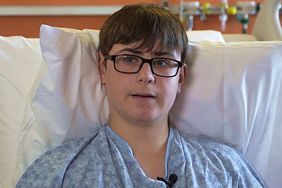 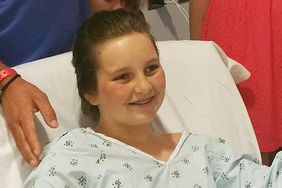 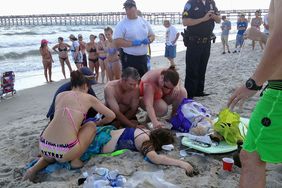 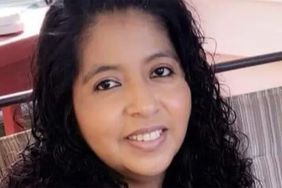 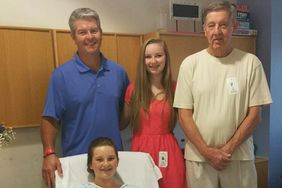