"Sharks are scared of us, but in shallow water they can't tell how big we are," shark expert Larry Cahoon tells PEOPLE

One shark expert has a very clear message for beachgoers around the country: Don’t avoid the ocean.

“You have a higher chance of getting into a car accident driving to the beach than you do getting attacked by a shark when you get there,” Larry Cahoon, professor of biology and marine biology at the University of North Carolina, Wilmington, tells PEOPLE. “The fact is that sharks have millions of contact hours with humans on beaches every year, yet attacks are really rare. Just be smart.”

Although two teenagers were attacked in North Carolina on Sunday, and both lost part of their arm, Cahoon says the chances of this happening are very slim.

“Sharks are frightened of us,” he says. “They normally will only attack us if they mistake us for their typical prey, like skate and rays.”

“People say to swim slowly back to shore, but what is that going to do? Swim to shore as fast as you can – shark that means to eat you will keep coming. You need to call for help. People who survive all but the least damaging shark attacks got immediate help from others,” he says. “Basically, don’t swim alone in shark waters.”

A week before teenagers Kiersten Yow and Hunter Treschel were attacked, another girl was bitten by a shark off the North Carolina coast. What Cahoon finds interesting is that she was bitten once, but her boogie board was bitten twice.

“Most of the time, sharks think we are fish, and after they attack, they realize we are not who they thought we were,” he says. “He wanted her boogie board, not her. But that doesn’t mean you should stop boogie boarding.”

When it comes to fending off a shark, Cahoon says punching it in the nose, gills or eyes won’t do much good.

Although Cahoon says there isn’t much you can do once you’re in the water, there are important precautions you can take to prevent an attack from happening in the first place.

“Sharks hear very well. They know you’re swimming, they know where you are and they normally don’t care,” he says. “But the one thing that changes the dynamic is if sharks hear fish struggling when fishers are reeling them in.”

That’s the moment Cahoon says to stay out of the water.

There is some data that shows most attacks occur during dusk or dawn, but at the end of the day, Cahoon says it can happen at any time.

“Don’t avoid certain colors, enjoy the ocean and know your surroundings,” he says. “They might follow surfers, but it’s because they’re curious. Sharks cant see well and if they attack people close to shore, it’s because they’re confused. By the time they know you’re a person, it’s too late.”

Cahoon adds: “If you’re bleeding, get out of the water or you will quickly become their dinner.” 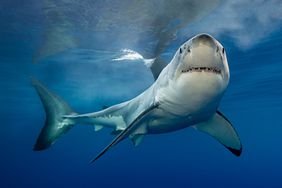 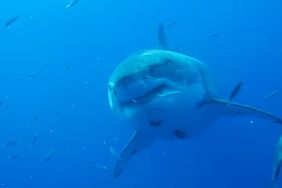 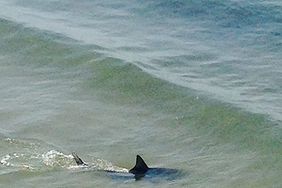 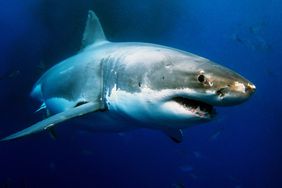 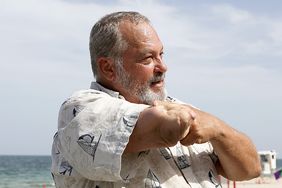 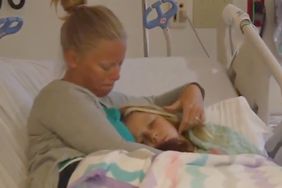 Shark Bites Both Legs of Miami Beach Swimmer Trying to Get to Shore: 'It Went Straight Towards Him,' Says Witness 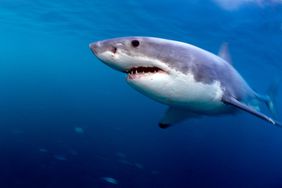